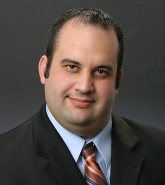 Known for his excellent reputation in Central Pennsylvania, Attorney Timothy M. Barrouk represents his clients with enthusiasm and guts. His hard work and dedication are second to none. As a trial court advocate, he is never afraid to take it to the government.  He is always the most prepared lawyer in the court room.

Attorney Barrouk is considered among the state’s top cross-examiners. He is completely at home when in a courtroom, and was named a 2010 ‘Rising Star’ by SuperLawyers. He has also been named a SuperLawyer.

Recently, this client testimonial is an example of how much his work is appreciated:

“I couldn’t have asked for a better attorney than Tim. He was so patient with me through the whole process and answered every question I had regardless of how stupid they were. This was my second DUI in 4 years and I refused any testing which calls for an automatic license suspension. Tim fought Penndot on the refusal charge and won and also took my DUI case to trial and won. NOT GUILTY on everything. He is worth every penny I spent. If you are looking for a great attorney I would highly recommend Tim.”

Attorney Barrouk says he is ready to “roll up his sleeves” and fight for you aggressively. To him, there is no case that is impossible, and his motto shows just how confident and motivated he is: “Amazing things happen when you declare ‘Ready for Trial, Your Honor’.”

You can read more of  his reviews at http://www.themcshanefirm.com/pa-dui-attorneys/timothy-m-barrouk/