Many people believe that when they are arrested for a DUI that they are doomed to a conviction.  This is not true.  Many cases that look like an open-and-shut case for the prosecution can fall apart on close examination. One of the main reasons for DUI cases to be dismissed or arrive at a not guilty verdict are mistakes by the police. Harrisburg Police are no different in this regards. Here are some of the issues I have found in DUI arrests by the Harrisburg Police. 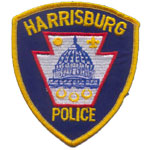 Breath machines are not a good way to test for DUI or for impairment. Whether it be the hand-held devices or the official state approved machines, they are not the best form measurement we as a society have and can flag you even if you had nothing to drink in some circumstances. The science behind these machines is out-dated and flawed.

On top of that, these machines required regular maintenance and calibration. Police departments normally do not do a good job of this and thus machines are out-of-whack and produce erroneous results.

2. Not Administering the Roadside Tests properly

Another area where police in Harrisburg and all over Dauphin County commonly make mistakes are in the DUI roadside tests. The Standardized Field Sobriety Tests (SFST) must be performed according to the mandated procedure for the results to have any possible validity. Sometimes they are not trained properly and sometimes they are in a hurry. For whatever reason, police generally do a bad job with these tests do not follow the well-known and clearly established guidelines.

3. Not Having Reasonable Suspicion or Probable Cause for Making a Stop

Police officers must have reasonable suspicion that this driver is a DUI or probable cause that there was a vehicle code violation to make an lawful stop. For example, simply having five college age kids in a car late at night is not reason to make a stop. Not keeping a perfect vector on the road and leaving the lane of traffic in a momentary and minor fashion is not grounds for a lawful stop.

Sometimes police officers who are assigned to DUI patrols are guilty of DUI tunnel vision. They go out with a mindset of “making DUI arrests.” Anything that looks like DUI ends up being shoe horned into being a DUI. For example, someone who is sleepy may swerve, have bloodshot eyes, slurred speech and exhibit clumsiness. Cops sometimes make the false assumption that these are signs of impairment and make a false arrest. Or they forget that it is not against the law for someone who is over 21 to literally drink and then drive. You may drink and drive if you are over 21 until the cows come home provided that you are not substantially impaired for the purposes of the essential acts of driving or that your BAC or BrAC is not over a 0.08 (or lower if you are in a special class of vehicle).

Even blood tests can produce inaccurate results if not conducted properly. Many times police crime labs are over-worked and under-staffed and therefore sacrifice the correct procedures for the sake of speed. This a recipe for disaster.

These are just some of the issues we come across in DUI cases in Harrisburg.  There can be many more.  This is why it is important for anyone charged with a DUI to consult with a qualified and experienced DUI attorney immediately after their arrest.

At The McShane Firm we have the resources to investigate these mistakes and challenge these issues in court.