In the category of it always could be worse, I have found THE DUI case that if the newspaper accounts are true, really takes the cake.

The story comes out of the St. Petersburg Times and was written by Curtis Krueger.  The article is entitled "Prosecutor in DUI case marries the suspect’s ex" 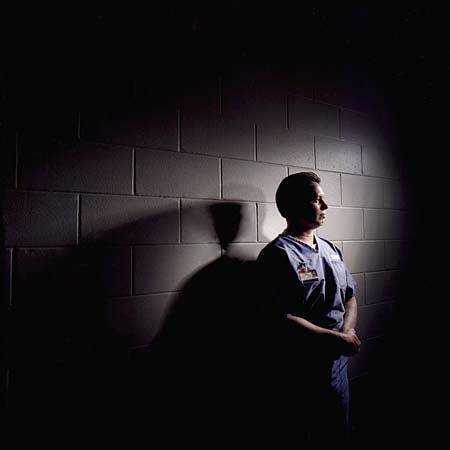 (Imagine being twice prosecuted, jailed for years and then finding out that your recently divorced wife marries the prosecutor who pushed for the long prison sentence)

Within the article, Krueger reports (summarized as follows):

The driver has a bottle of Jack Daniel’s in his red Jeep and whiskey coursing through his veins as he blows past a stop sign in Riverview. He smashes into a car, killing a 24-year-old woman who is pregnant with her first child.

So a prosecutor steps in, ready to send the driver – an Army captain – to prison.

The prosecutor’s name is Louis Birdsong, also an Army captain. At this point, in April 2001, he does not know this case will lead to two different trials, one military and one civilian.

He certainly does not know this case will change his own life.

In between the two trials, Birdsong develops a friendly relationship with the driver’s recently divorced ex-wife. And three years after the trials, he marries her.

The driver, now incarcerated at the Cross City Correctional Institution, was stunned when he learned this year that his ex-wife and his prosecutor had married each other.

He said he now thinks Birdsong pushed to have him prosecuted twice in this case, which more than doubled his prison time. He claims Birdsong did this "to make it so that I can get more time and stay in prison longer so they can have their life together without me being involved in it."

He has filed a bar complaint against the prosecutor and tried to get the military to launch an investigation.

Piotrowski got a 13 1/2-year sentence. That was considered comparable to what Piotrowski would have faced in the state courts, so prosecutors in both systems were pleased.

Case closed. But not for long.

Not long after, word got to the Hillsborough State Attorney’s staff that Piotrowski might serve only five to seven years in military prison – far less than they first believed.

State Attorney Mark Ober was concerned. His office had deferred to the military, thinking its justice system would prove swifter and result in a similar sentence.

Sharon Morgan Vollrath, then a Hillsborough prosecutor, said she recalled discussing the matter with Birdsong. He said "that it looked like there was going to be an issue with gain time."

The State Attorney’s Office file contains a "case summary" that suggests Birdsong’s involvement, although it does not mention him by name. It says:

"After the courts martial proceeding, the prosecuting JAG officer contacted me and said he had just learned that because of (Piotrowski’s) status as a physician’s assistant, he was going to get more gain time (than) had previously been determined he could actually serve five to seven years."

Piotrowski, 51, who was interviewed in the prison, acknowledged wrongdoing in the crash and said he thinks about his victims every day.

But he also said he feels his second prosecution was unjust.

"I believe (Birdsong) went back and manipulated the state of Florida," he said. Ober, Vollrath and another Hillsborough prosecutor sharply deny it.

The state attorney charged Piotrowski in Circuit Court in early 2002 and made an offer that in retrospect sounds good: a 15-year prison sentence if he would plead guilty. He turned it down, went to trial and was convicted of DUI-manslaughter and vehicular homicide. His new sentence: 30 years, served at the same time as his military sentence.

It’s not clear how close Birdsong and Piotrowski’s ex-wife had become toward the end of 2001 and beginning of 2002, when the State Attorney’s Office was deciding whether to prosecute Piotrowski a second time.

But the two, who were 34 and 35, did know each other. During the August 2001 court-martial, Rebecca was a witness for the prosecution. She said she was struggling to pay bills, and Birdsong had offered helpful advice.

After the court-martial, she still struggled financially, and sometimes called Birdsong for advice. She later wrote in a statement:

"Since Captain Birdsong was able to help me before trial, I called him again after trial when more and more creditors were calling me. I thought perhaps he could help me again and not charge me $200 an hour. He did. He made calls and wrote letters trying to help me. As time passed, we became friends. It was good for me because I could talk to him about all the issues I faced because he already knew all the circumstances. During the darkest days of my life, after the trial, he helped me when I needed it."

After the court-martial, in the summer of 2002, Rebecca moved to Fayetteville, N.C. Meanwhile, the Army moved Birdsong to Charlottesville, Va.

Rebecca said she stayed in touch with Birdsong because "he was the only one who had provided good advice."

One weekend when she knew he had a big project, she suggested he drive to her house in Fayetteville. "I told him that he could spread his papers out, work on the computer and watch the children while I was away." During this visit, he also shared the story of why he had filed for divorce recently, and said "he was devastated by the loss of his family."

Birdsong continued visiting frequently, and "played with the kids nonstop and read them books anytime they asked," Rebecca later wrote. Those were the two children from Rebecca’s marriage to Piotrowski. She added:

Some time in spring 2003 when we were walking after dinner, he reached out and took my hand. He was scared and so was I, so we almost ignored that it had happened. But we were changing."

This was still before the second trial, in Hillsborough. In the trial that May, Birdsong’s role would be much more limited. His purpose was mainly to read from a transcript explaining what had happened in the court-martial.

Nonetheless, he was a prosecution witness. At that same time, his relationship with Rebecca was deepening. She wrote:

"Louis moved to Woodbridge, Virginia, sometime in May 2003. He had told us about a townhouse he had bought, and one weekend in early May he asked us to consider moving up to the DC area to be with him."

Rebecca and the kids moved into Birdsong’s townhouse that July. They married in June 2006.

As a prison inmate, Piotrowski said he has been frustrated that he has rarely been able to talk at any length to his two children from his marriage to Rebecca. So earlier this year, Piotrowski’s brother Mark searched online for Rebecca’s addresses. A familiar name came up at her address: Birdsong. That’s how the family learned of the marriage.

Piotrowski has filed a complaint against Birdsong with the Virginia Bar, because he is licensed there, although currently deployed to Iraq.

"While I did have a relationship with Rebecca Piotrowski at the time it was submitted, I was neither requested nor required to address that in my declaration," Birdsong wrote. This statement, like others from him and Rebecca quoted in the story, comes from his response to the Virginia Bar. Birdsong and his wife did not want to be interviewed, Birdsong’s attorney says.

So did Birdsong break the rules, or violate legal ethical standards? Ober, his former assistant Vollrath and Sean Keefe, another prosecutor on the case, say they don’t think so. There is no evidence the relationship had any impact on the way the case was handled, they said.

They do say the relationship surprised them. "Nothing like that ever occurred to me for even a millisecond," Keefe said.

Bob Dekle, a University of Florida law professor and longtime prosecutor, listened to a description of the case and said "you can certainly make the case for that being an appearance of impropriety. Now whether or not you can make that case stick is another question."

I struggled with how to comment further on this one.  It seems so very outrageous to me.  What do you folks think?

One response to “Get a Pennsylvania DUI and lose your wife? Not far fetched. Florida Prosecutor marries DUI Defendant’s ex-wife”