I just got off the phone with someone from Harrisburg who was accused of a Harrisburg DUI. They were wondering why they were charged with two counts of DUI. It is a question I get a lot.

There are two theories of criminal liability that the Government can advance under when they charge someone with a Pennsylvania DUI. The charges and the necessary elements that the Government must ultimately prove beyond a reasonable doubt are different. I am going to purposefully over simplify it for you, but here is the difference. One has to do with a magic number and the other has to do with actually being incapable of safely driving a car.

The first type of Pennsylvania DUI is what lawyers call the “common law” version of DUI where the police and the Government must prove beyond a reasonable doubt that an accused while driving a vehicle on the roadways or highways of the Commonwealth or while being in actual physical control is INCAPABLE OF SAFE DRIVING. This is truly likened to Drunk Driving or Driving Under the Influence. The phrase “incapable of safe driving” has a very precise and exact legal definition that the Government must prove beyond a reasonable doubt in order to convict someone of a Pennsylvania DUI. While admittedly “incapable of safe driving” does not mean the accused needs to be falling down drunk, it does require specifically that the accused be SUBSTANTIALLY IMPAIRED DUE TO ALCOHOL and that his/her normal faculties THAT ARE ESSENTIAL TO THE SAFE OPERAITON OF A VEHICLE are substantially impaired due to alcohol. The keywords here are “substantially impaired”, “that are essential to the safe operation of a vehicle” and “due to alcohol”.

For example, if you have a beer and drive (which is perfectly legal) and then weave outside of your lane of travel because you are texting or using your cell phone while driving causing the officer to stop you, if the law is applied by the Judge and the Jury correctly and fairly, then you should not be convicted for a Pennsylvania DUI under the common law theory. 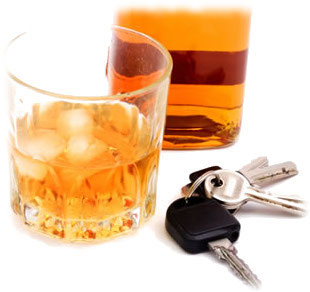 The second type of Pennsylvania DUI has to do with that magic number, the magic Blood Alcohol Content (BAC) number. It has no relation to an accused’s ability to drive at all. Technically, among lawyers it is called a per se offense. A per se offense means that simply meeting the criteria makes it illegal. So in this case, simply driving while having a magic BAC number above one of the levels [which for Pennsylvania DUIs are 0.08 to less than 0.10 and 0.10 to less than 0.16 and 0.16 and above] can provide for a conviction. To simplify it, it should be called something like “Having a Prohibited BAC while Driving” or something like that instead of drunk driving or Driving Under the Influence or Driving After Imbibing. What makes it unique is that the person can pass all of the roadside tests (the Standardized Field Sobriety Tests) and be completely coherent and be totally unimpaired, but simply by having a BAC above one of those levels in Pennsylvania, he or she can be charged and may be convicted provided that the Government can prove that the reported and alleged Blood Alcohol Content (BAC) is accurate, precise, traceable, repeatable, verified and true.

So in summary and very simplified, with understanding that one type of Pennsylvania DUI the Government must prove that you are literally incapable of safely driving because you had too much to drink and the other type the Government has to prove that a person’s BAC is above a magic number regardless of how he/she can drive.

Remembering that the purpose of Pennsylvania DUI laws are make it so the public is safe from people who should not be driving because they drank too much and could hurt or kill people, I ask you which one either (a) the one that directly relates to a person’s ability to drive or (b) the magic BAC type that has nothing to do with how someone can drive results upon harsher sentencing if someone is convicted of a Pennsylvania DUI?

Surely you would say the drunk driver one, right? That’s logical.

The one that the Government has actually proved beyond a reasonable doubt that due to Alcohol someone is substantially impaired and that his/her mental normal faculties are impaired so much that they cannot provide safely for the essential operation of the car they are driving, right?

Well, that makes common sense, but as the old adage goes, “common sense ain’t all that common”. The type if Pennsylvania DUI that has the harshest penalties upon conviction for a Pennsylvania DUI is actually the BAC type one where the Government simply proves a magic number regardless of the driving either good or bad.

Isn’t this result hypocritical? Remembering that the purpose of Pennsylvania DUI laws are make it so the public is safe from people who should not be driving because they drink too much and could hurt or kill people, the one that directly relates to a person’s ability to drive should be punished harsher, but it is not. The magic BAC type that has nothing to do with driving results upon conviction in a harsher sentence if someone is convicted of a Pennsylvania DUI.

Here are the penalties in Pennsylvania in my earlier blog posting:  "The Legal Consequences of a DUI in PA"

If you are trying to get drunks off the road, why does that make any logical sense?

2 responses to “Pennsylvania DUI hypocrisy-BAC worse than being impaired”