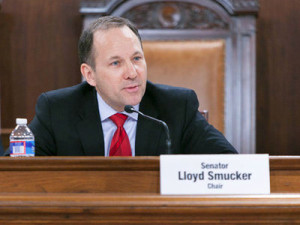 Gallagher already had two previous DUIs on his record with a license suspension since 2003. Additionally, he had heroin in his system, and his blood alcohol level was almost 3 times over the legal limit of 0.08 %. Besides other crimes, Gallagher pleaded guilty to third-degree murder, and was subsequently given a state prison sentence of 20 to 50.

According to National Highway Traffic Safety Administration statistics, repeat offenders comprise almost one-third of all DUI convictions. Also, an individual with a prior DUI arrest is more than four times likelier to end up in a fatal automobile accident.

The one question that needs to be asked is: Will more stringent DUI Laws actually stop people from committing DUIs?

DUI is not frequently a premeditated crime.  No one goes out thinking “I’m going to drive drunk tonight.”  It is not like a money laundering scheme which take a lot of coordination and planning.  DUI is usually the result of poor planning and bad judgement and just making the laws stricter won’t prevent the crime from happening. Prosecutors are already charging people with third degree murder when the facts call for it.

The focus needs to be on preventing DUIs from happening not punishing AFTER a tragedy has occurred.