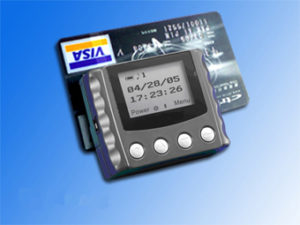 The debate regarding civil asset forfeitures has risen to a new level with the recent introduction of portable electronic card readers by the Oklahoma Department of Public Safety. The Electronic Recovery and Access to Data (ERAD) machine enables police to scan prepaid debit cards and allows them to seize the money if the officer suspects that it is related to criminal activity. Currently at a traffic stop, the officer can search and seize any cash in the car if it was suspected to be designated for purchasing drugs. Now with ERAD readers, police can seize funds stored in debit and gift cards as well.

The practice of civil asset forfeiture has come under fire by cases of abuse by police taking cash and property from innocent people who were not even charged with a crime. Under the current civil asset forfeiture law, when a drivers is stopped and the officer suspects drug use or possession, the officer is at liberty to confiscate the driver’s cash (or now even their non-cash alternatives). Armed with ERAD readers, the presence of prepaid cards alone may give an officer probable cause to seize funds first and ask questions later.

Are ERADs a violation of our Fourth Amendment Rights which protect us from unreasonable search and seizures?

In Oklahoma, Sen. Kyle Loveless (R) has introduced legislation that would require a criminal conviction before property can be forfeited in most cases. Also the burden of proof would be shifted to the state, so that property owners would no longer have to fight court battles to prove that their funds were not connected to crime. His proposal includes measures to track how different police departments spend forfeited money. Loveless also criticizes the lack of transparency as there are no proper reporting procedures in place.

A representative of the ACLU said usually in freezing or seizing money from financial accounts, “there are all kinds of steps where courts get involved so that there’s a check and balance there. All of that would be eliminated in this situation. It’s a situation where you have an instant freeze with zero due process.”

However, last month a federal appeals court ruled that the seizure of magnetic stripe cards is not a violation of the Fourth Amendment and does not require a warrant. The case, United States v. De L’Isle, began in June 2014 during a traffic stop in Nevada where 51 credit cards were seized and were later found to be counterfeit.