A conspiracy of none: the imagination of Stacy Parks Miller

An Opinion Piece about elected officials 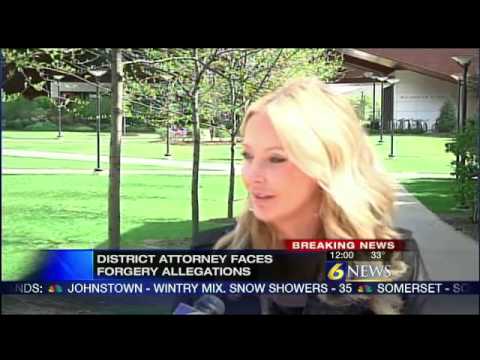 According to the fantastic narrative crafted by Stacy Parks Miller and her seemingly complicit boy puppet Bruce Castor, a twelve person conspiracy is at the root of all of her woes, but not her own personal or professional life choices.

But the conspiracy doesn’t end within the confines of Centre County, according to Miller-Castor duo, it extends to the Office of Open Records too.

Much like the Mad-Hatter who asked, “Why is a raven like a writing desk?” Stacy Parks Miller asks, “Why is everyone against me?” The answer to both is clearly, “I haven’t the slightest idea!”

This plea of blamelessness and blame-shifting is nothing new in politics. It is a concept so old as to pre-date our American Civil War and is so frequent in Washington DC politics as to earn a name: the Potomac 2-step.

According to her modern version of the Potomac 2-step, this conspiracy includes lawyers, law firms, all of the elected county commissioners, and a sitting Court of Common Pleas judge.

You can read the complaint in its unedited glory here: http://www.scribd.com/doc/276737524/Stacy-Parks-Miller-Aug-28-civil-complaint

When one reads the complaint signed by Castor and verified as true and correct by Stacy Parks Miller, it spins a yarn that perhaps rivals the imagination of  Lewis Carroll in his Alice’s Adventures in Wonderland.

When the Office of Attorney General declined to prosecute her, she took to the podium and delivered a speech with the characteristic flamboyance similar to Benito Mussolini in demanding a sort of swift and brutal purge of “wrongdoers.”

She cites the report of the Grand Jury as some sort of grand exoneration where no such blessing can even be imagined from those documents.

If the findings of the Grand Jury are to be taken as true, then an alarming narrative develops. According to the report, Stacy Parks Miller concocted a scheme enlisting a sitting judge of the Court of Common Pleas (Pamela A. Ruest) to sign an order of court to aid in advancing the investigation of a murder-for-hire plot, and knowingly creating a “fake order.” In the very best light for SPM, if true, it is an impermissible corruption of the judiciary by the executive branch. Such an act invades and actually supplants the doctrine of the separation of powers.

Far from an exoneration, this type of action should be referred to the Office of Disciplinary Counsel.

There are two immutable facts that shed light that her actions are nothing more than the Potomac 2-step:

In the real world of multiple variables and confounding variables and in the “fog of now,” it is often difficult to get all stakeholders and decision-makers to agree as to a single root cause or even to assign relative levels of blame. I fully concede that Centre County falls squarely into this precise pigeonhole.

However, in systems analysis and logistics work such as six sigma, when one is in such a situation, one does not simply shrug his or her shoulders, and declares the matter unsolvable.

We move on to lowest common denominator analysis.

When all of the vitriol and fantasy is peeled back, there remains one lowest common denominator: Stacy Parks Miller.

How am I wrong?

One response to “A conspiracy of none: the imagination of Stacy Parks Miller”