The Bureau of Emergency Medical Services in PA has its own set of penalties for ambulance drivers as it relates to DUI.  It’s not good news. 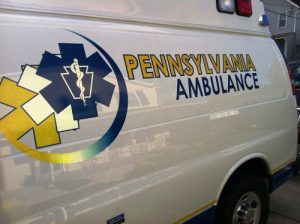 The rules are listed below:

If the driver is convicted of a DUI

When a person is convicted of a DUI, that individual is prohibited from driving an ambulance for FOUR YEARS.

This individual, even though there is no conviction, will be suspended from driving an ambulance for TWO YEARS.

In both cases, they must repeat an emergency vehicle operator’s course (EVOC).

Note: If an ambulance driver’s license has been suspended for Reckless Driving or other moving violations, the individual is prohibited from driving and ambulance for TWO years and must repeat the EVOC.

If you are an ambulance driver and are charged with a DUI, you are facing the fight of your life.  Your career is on the line.  Even after the suspension is served, it will be very difficult to find a job as most ambulance companies will not hire someone with a DUI on their record. This is why you should call 1-866-MCSHANE.  The only way to preserve your career is to fight these charges and you need a trial lawyer to do that.  We have helped many drivers facing similar circumstances and we understand what we need to do for your.