I have represented the citizens of Pennsylvania in thousands of DUI cases.  One thing I have seen is that prosecutors put far too much emphasis of these roadside tests.

These tests are designed to put people in unusual body positions doing impractical acts.  People do not normally walk around literally walking heel-to-toe on a straight line counting out loud.  No one routinely lifts one leg off the ground for 30 seconds and is not allowed to use their arms to balance. 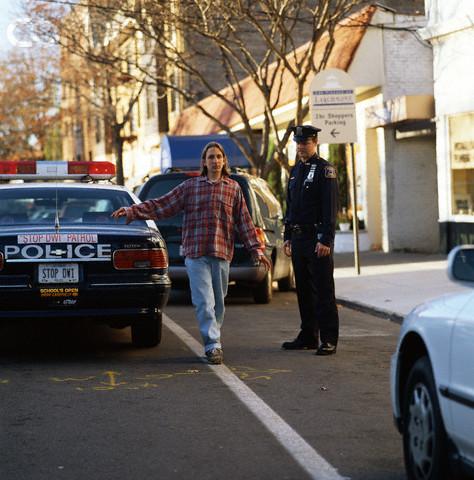 Having said that, it is what it is.  Prosecutors try to force the juries to drink the proverbial Kool-Aid and try to report it as empirical science.  They are inundated with “HGN (horizontal gaze nystagmus) cannot be faked” and “it is the most reliable and objective scientific test out of the 3”.  Both of which are utterly silly, unscientific conclusions.  Pure Propaganda.

The issue with these roadside tests is that they are NOT peer-reviewed, verified scientific methods yielding true empirical results.

If it is presented to the fact-finder (the juror) as science as the Government does, then the fact finder will believe it to be logical, empirical and not fungible.  If defense attorneys and the accused stand moot and allow it to be so presented and simply ask for it to be dismissed because it is “voo-do” or because of some hyper technical reason such as the stimulus was moved a half second too quickly, then the jury will likely not connect with that concept, but rather accept the Government’s proposed “science” as true.

Stated more simply, if you take the attitude of “forget that test” or in the alternative “it is science but only if it is administered and graded according to the detailed manner it was designed to be given without deviation to yield valid results”, then we either give the fact finder no reason to use logic to disregard it in the case of the former or an implicit validation of the foundation of the underlying junk science in the case of the latter.  Both of which are clear losers in my experience.

In my opinion, the better way to combat the Government’s junk science is with true verified and peer reviewed actual science from credentialed clinicians with advanced scientific degrees in the discipline that they are researching and reporting AND NOT the biased police “scientists” who do not have hard science degrees and credentials in the field that they are studying.  Furthermore, these police "scientists" do not adhere to scientific method or even basic statistics, but rather engage in their research in an intellectually and scientifically impermissible way in openly engaging in wide-scale contextual bias in their examination of any given issue.

If it is a choice between the first type of scientist described above (i.e., true verified and peer reviewed actual science from credentialed clinicians with advanced scientific degrees in the discipline that they are researching and reporting) versus the second type of scientist described above (the biased police “scientists” who do not have hard science degrees and credentials in the field that they are studying who further do not use the scientific method or even basic statistics, but rather engage in their research in an intellectually and scientifically impermissible way in openly engaging in wide-scale contextual bias in their examination of any given issue), then logic would dictate confidence in the conclusions of the first type of scientist over the second type, would it not?

In short, in my opinion, it is vitally important to show the fact finder empirically and scientifically why and HOW it is important to disregard the invalid pseudo-scientific conclusions that NHTSA and SCRI and the government are trying to draw.  Articles like the attached and the below referenced ones are good ammunition for that.  They are peer reviewed.  They are produced by true credentialed scientists who are operating well within the scope of their training, knowledge and experience.  They have been vetted prior to and after publication by the scientific community.

2 responses to “Are the Field Sobriety Tests Scientifically Proven?”