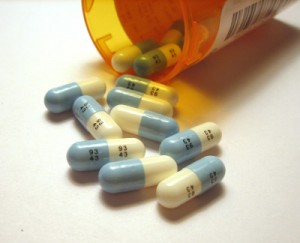 Under Pennsylvania impaired driving laws, police can charge you with drugged driving (also called “DUID”), even if you’re taking a prescription drug under a valid prescription. The rationale behind this is that some of these drugs may cause impairment.

According to the National Highway Traffic Safety Administration (NHTSA), in 2014, around 22% of all drivers were impaired by drugs. Nearly 50% of these drivers were impaired by the prescription medication they were consuming. While you may be taking prescriptions drugs for a valid reason, but you can end up with penalties even more severe than if you had been drinking alcohol.

If convicted for a first DUID offense, you can be given:

If you have a prior DUI conviction or even ARD, the consequences can be even more severe.

If you are accused of a DUID, you should hire an attorney with thorough scientific knowledge because these cases involve a lot of science. With thousands of prescription drugs and various types of reactions you may have to those drugs, you may be affected by them differently.

Below are few questions that must be asked in these cases:

There are many more questions that need to be asked.

When you have the right attorney on your side, it’s difficult for the government to prove these cases. At The McShane Firm, all our attorneys have been trained rigorously, and they know how to defend drugged-driving cases by using scientific knowledge.

Please call 1-866-MCSHANE For free case consultation. We want to help you.