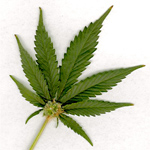 Driving under the influence of marijuana is a serious crime. Getting caught can mean penalties like jail time, fines and license suspension.

We’ve been asked many times before about the possibility of a cop smelling marijuana on you. Below are some considerations in view of this:

The idea that that something “smells like marijuana” reports a completely unverifiable subjective opinion. Smell is also massively open to confirmation bias, which makes it a completely unreliable tool for drug testing.

If you have been falsely accused of a marijuana violation, please call 1-866-MCSHANE to find out what we can do about it.