If you heard that a group of six men beat up a defendant in a courthouse, you would probably think they were rival gang members or other criminals.  Nope. Sorry. It was the police: 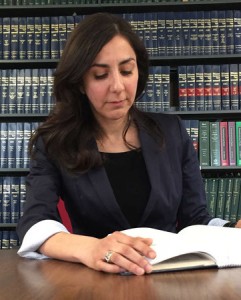 MORE THAN a half-dozen Philadelphia police officers jumped and beat an agitated defendant in a hallway outside a Criminal Justice Center courtroom last Friday, a takedown in which an officer’s errant fist punched a female public defender in the head, the defender and other witnesses said.

“The officers overstepped their authority,” said longtime lawyer Richard Hoy, who was sitting on a hallway bench when the violence erupted a few feet away. “He was no threat to anybody. He was loud and obnoxious. He wasn’t threatening them – or anybody. The officers are there to protect people, but they didn’t protect anybody. They abused their power.”

There are many good police, but there are undoubtedly many “bad apples” too. It is true that the bad apple spoils the bunch. Lack of transparency, lack of training and a sense of entitlement has allowed certain cops to abuse their power and brutalize citizens.  Furthermore, they undermine all the good, professional and hardworking police officers out there.