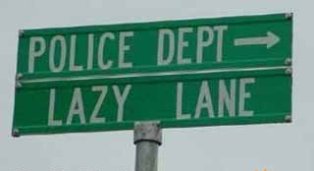 Let’s face it police officers are human.  They are motivated like we all are.  To not lose, to win.  To do the job efficiently and some get lazy if not properly challenged.

Consider the two most recent controversies.

You will be asked your name.

You do not have to remember drawing [blood from] the particular defendant. Just say you draw many patients each day you work and it is impossible to remember each one.

You may be asked how you draw the blood. It is the standard procedure you follow for ALL blood draws, EXCEPT that you use a NON-ALCOHOLIC antiseptic wipe (Benzalkolium) to cleanse the phlebotomy site. You ALWAYS follow the same procedure for every blood draw. The blood is drawn into grey top tubes provided by the San Diego Police Department. The tubes contain an anticoagulent (Potassium Oxylate) and a preservative (Sodium Fluoride). You check the tube for the presence of a loose, slightly pink powder before you use it. After you fill the tube with blood, you invert the tube 10 times to mix the blood with the anticoagulent/preservative. You will always mix any tube with an anticoagulent 10 times (you count the inversions). The important things to remember is that you always follow the same procedure, so even though you don’t remember this particular individual, you know that you drew the person following our standard procedure.

The suspect is identified by the police officer and, when possible, you check the ID or ask the suspect their name. The police officer completes the label with the suspect’s name, DOB, etc. You put your name, date, draw time, and place on the label and place the label on the grey top tube. You then place the grey top tube in the plastic chain-of-custody tube, put the cap on it, and seal it with the sealing tape provided by the SDPD. You then hand it to the officer and he takes charge of it.

But is this isolated to California?

More than 1,200 driving while intoxicated convictions in Harris County are invalid after a contractor was convicted of faking inspections of alcohol breath testing devices, prosecutors said.

Deetrice Wallace, a Department of Public Safety contractor, told investigators that she had falsified inspections records for the South Houston and Clute police department intoxilyzers.

Buess said Wallace manipulated the machines instead of changing the reference sample every month, and pocketed $146,000.

From 2002 until she was arrested in October 2008, Wallace handled DPS instruments that were used to determine alcohol concentration in DWI cases for at least seven police departments, including League City, Friendswood, Webster, Seabrook, Galveston, Clute and South Houston.

Buess said Wallace signed off on about 4,000 test slips. Of those, some did not result in convictions and others were not in Harris County. Buess did not know how other counties would address the problem. The prosecutor was not optimistic about seeking 1,200 convictions again because the office will not have test results, and other evidence has been destroyed, including videotapes.

DPS officials invalidated all breath tests recorded by intoxilyzers under Wallace’s supervision because they could not pinpoint the date when her unethical behavior began.

Once contacted, the attorney of record will contact the defendant and determine if they want to try the case again. If the defendant wants a new trial, the district attorney’s office will agree to it.

The case will then start over in the court where the conviction was obtained.

Buess said some defendants who were convicted of two DWIs and a felony DWI may get a clean slate after the dust clears. She said one defendant who will be able to get a new trial was sentenced to 60 years in prison for a felony DWI.

"It’s just a massive problem that is not going to go away," Buess said. "It’s a huge mess."

Could this be happening with DUIs in Harrisburg, Carlisle, Lebanon, York, Mechanicsburg, Camp Hill, Hershey, Jonestown, Chambersburg or  in other places in Pennsylvania?

Is there anyone, besides me, who is bothered by the fact that every single police report recounts "an odor of alcohol, bloodshot, glassy eyes and slurred speech"?  It is all garbage.

There is only one way to expose it.  Continue to challenge the prosecution’s case.  Demand there be verified and actual proof based on truth.

As long as there are human beings, there will be temptation to cut corners, to do things wrong, and even to outright falsify.  We will stand in opposition to this.  Will you?

3 responses to “Do the Police ALWAYS tell the truth in DUI prosecutions?”