Your Medical License could be Suspended

Many physicians erroneously believe that a DUI will not affect their medical license because it relates to conduct outside of their professional practice. That misconception could not be farther from the truth.  A physician’s “off-duty” conduct absolutely matters to the Medical Board.

Depending on the severity of the charge, the Medical Board could move to suspend your license.

Here is an example of this.  Read the case of a PA physician whose medical license was suspended by the Board for 3 years after a DUI conviction. 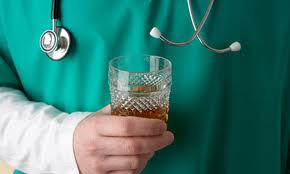 The Pennsylvania State Board of Medicine has the power to discipline physicians for offenses not directly related to medical practices. The Board has a very large and wide charge in investigating doctors to make sure that they are fit for work. Courts have justified this approach on the theory that bad behavior outside the practice of medicine negatively reflects on a physician’s fitness to practice medicine. With regards to DUI’s specifically, a physician may be issued a Rule to Show Cause and even disciplined by the Board for a DUI that occurs while the physician is not working and which does not directly impact patient care.

With the support of experienced legal counsel,  it is important to take appropriate steps early in the process.