This is part one of a multi-part opinion and analysis series on McShane v. HACC (PSP).

Should Municipal Police Officers Be Trained in Modern DUI Practices?

Does it Matter When the Government Lies to Win?

In a prior post, we told you about our Firm’s lawsuit against HACC and the Pennsylvania State Police for records having to do with DUI training for local municipal police through the various police academies in this Commonwealth: The militarization of police and the “war” on drunk driving, is this right? Pennsylvania seems to think so

In that post, we exposed part of the lengths that your Pennsylvania government was willing to go to cover up and hide from you a course outline that was made with your taxpayer money.

We are happy to report that after the longest litigation in the history of this firm, transparency, open government, and government accountability won. The government lost. Here is the entire opinion: McShane-HACC (AP 2009-0718). It is stinging.

It all began on June 30, 2009 with a simple request of our government: Please provide the Act 120 (Police Academy) training curriculum when it comes to DUI.

Why did we ask for it?

After 5 years, 8 months, 6 days [2075 days], the government and its attempt to cover up its inadequate training that puts families and citizens at risk ended. The Lesson Plan must be turned over.

That simple request for the training materials went up and down the appellate courts twice with hearings, briefs and arguments all the way. We caught at least one government employee lying under oath. We have a Right to Know Request out to see how much taxpayer money was spent in litigating this case. We will publish on that amount once we get it. Once we get the official Lesson Plans, we will examine them and compare them to the modern NHTSA standards to see if they are adequate or are dangerously inadequate.

Specifically, in this opinion [McShane-HACC (AP 2009-0718)] the Office of Open Records Hearing Master found that the PSP witnesses Lieutenant Stephen Kiessling, Assistant Director of the Municipal Police Officers Education and Training Commission and Rudy Grubesky, the Director of Curriculum for MPOETC were not credible in their testimony in this case “with respect to the specific contents of the Lesson Plan and the applicability of the public safety exemption to the Lesson Plan.” In fact, they testified that they never read the lesson plan word-for-word; yet, they testified incredibly, according to the OOR, that its release would jeopardize public safety.

Without any doubt the other PSP witness at the remand hearing, Timothy Ebersole, a PSP Police Training Specialist, flat out lied under oath in this case. 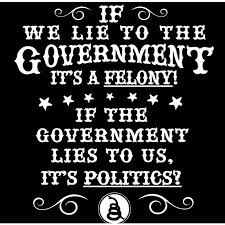 It seems that that the Hearing Master may have agreed that Mr. Ebersole lied as well given the strong language used in several places in the opinion. Consider this part of the opinion:

PSP presented the testimony of one witness with actual knowledge of the actual contents of the Lesson Plan—Mr. Ebersole. Mr. Ebersole testified that the Lesson Plan discusses issues concerning officer safety, including how to safely handle a traffic stop; interact with a suspect; search, handcuff, transport, and deal with suspects during the actual stop and process them for arrest. N.T. 87. Mr. Ebersole also indicated that the information presents specific details regarding the conduct of the police officers in certain situations, including how the police officer should position his body at the time of arrest. N.T. 98-99. Mr. Ebersole explained that, if tactical information is released, the release would threaten the safety of the officer because suspects could determine methods to defeat police tactics. N.T. 87-88. According to Mr. Ebersole, should suspects learn to defeat officer methodologies, officer safety would be jeopardized. N.T. 88.

However, a review of the portions of the Lesson Plan related to the arrest of suspects (Sections II, IV and V) reveals that the Lesson Plan consists of a teaching outline that provides the legal requirements for stopping a motorist suspected of DUI and general information about field sobriety tests and testing procedures, as well as chemical testing available for police to collect evidence related to a suspected DUI. These parts of the Lesson Plan describe the introduced concepts in general terms and provide no information addressing officer strategies for safely handling a traffic stop or interacting with a DUI suspect, or searching, handcuffing, transporting, and dealing with a DUI suspect during the actual stop and processing them for arrest. As a result, the release of Sections II (Stopping the Suspected Motorist), IV and V of the Lesson Plan would not jeopardize public safety and cannot be withheld pursuant to Section 708(b)(2) of the RTKL. Cf. Laigle v. City of Lebanon, OOR Dkt. AP 2010-0232, 2010 PA O.O.R.D. LEXIS 323 (holding that an agency may redact specifics on police tactics and employment of less lethal force, information such as specific target areas, weapons retention techniques, techniques for failures or misfires and officer safety strategies designed to reduce risk to officers and suspects).

All of the claims by HACC and PSP were resoundingly rejected by the OOR Hearing Master:

Finally today, after nearly 6 years of hard work by many at the Firm such as Attorney Richard Roberts, Attorney Katy Kennedy, Attorney Justin McShane, and of course the major work of Attorney TC Tanski, as well as our friend and alumnus Attorney Josh Auriemma, we, the citizens, won.

What a great outcome for government accountability and open government!

One response to “Should Municipal Police Officers Be Trained in Modern DUI Practices? Does it Matter When the Government Lies to Win? McShane v. HACC (PSP) and What Timothy Ebersole Said”