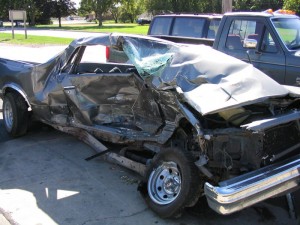 Tragically, sometimes DUI allegations involve the death of another.  These cases are traumatic on many levels.  When it comes to the person accused of such a crime, not only is there a severe level of remorse and psychological trauma, but there is also the fear of what will happen next.

In Pennsylvania, if you are charged in a case for driving under the influence and causing the death of another, you will be charged with Homicide by Vehicle while DUI (HBV-DUI).  HBV-DUI is a second-degree felony which carries a maximum sentence of 10 years in prison. There is also a three year mandatory minimum for each count.  So if there are two deaths and two convictions of HBV-DUI, then the sentence cannot be less than six years.

Because of the seriousness of these cases and the media scrutiny they often attract, prosecutors normally push hard to get a maximum sentence.

If you have a prior DUI conviction, the District Attorney’s office have been known to push for third degree murder charges in the DUI in Pennsylvania. This has a maximum of twenty years incarceration.

This is why any case this serious should be handled by an experienced defense attorney who handles a lot of Homicide by Vehicle DUI cases in Peensylvania who has the resources and knowledge to challenge these cases and protect your rights.

The McShane Firm has defended a number of DUI homicide cases and has the scientific and legal resources needed to fight these cases.  In a stressful time like this, having Pennsylvania’s premier DUI defense firm on your side will ease a lot of the burden off of your shoulders.