DUI- being a politically charged crime- leads to some strange laws and strange rulings. 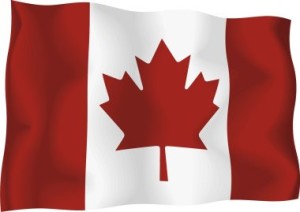 Recently, new stricter DUI laws were passed up north in British Columbia.  The laws did not even allow any hearings for those accused.  According to the Huffington Post:

Doroshenko said the Motor Vehicle Act leaves no room for discretion and forces every driver into the education and interlock programs without a review of their individual driving records or hearings on their behalf.

Eventually the law was ruled unconstitutional by the B.C. Supreme Court.  While the law was in effect, over 1,100 drivers were arrested and forced into these costly programs.  The Justice Ministry announced that those 1,100 people were no longer required to fulfill those programs and some would have the fees refunded to them.  However, the kicker is that the convictions will still stand and remain on their records.

This is a gross injustice if I have ever seen one.  The law was wrong and people were convicted without due process.  It is not fair and not the hallmark of civilized society.

But, this is what happens when politics gets involved.  Welcome to the upside down world of DUI.