An axiom is a type of postulate or a proposition that is not proved or demonstrated but is considered to be so true as to be organically self-evident.  Therefore, its truth is taken for granted, and serves as a starting point for deducing and inferring other (theory dependent) truths that require proof.

As we discussed yesterday in the post, “Why it is right to be a modern day skeptic: The need to continue to challenge sacred cows: Paradigm“, we identified the need to examine some sacred cows and challenge them.  I basically think that in a large part the paradigm for these sacred cows can be divided into what has traditionally been advanced as three axioms by those that advance them.

Axiom 1:  An opinion with no data is a guess. 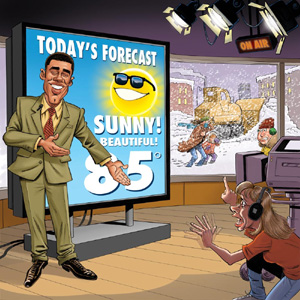 Real world example:  The weather reports.  Even under the best of circumstances, it is too variable to be reliable, accurate or precise.

DUI context example:  A police officer’s say so as to the conclusion of intoxication when evaluating a stranger.

The danger of accepting the axiom:  Obviously, you could get it wrong.  In a courtroom, it could lead to a false conviction.

Axiom 2:  A decision based not on facts or even in the opposition of facts is an act of faith.

Real world example:  Religion.  Typically one is asked to make a leap of faith as there is no empirical proof.

The danger of accepting the axiom:  While it is perfectly socially acceptable to have faith when it comes to religion, faith has no place in a courtroom.  Proof and only proof does.

Real world example:  What I mean by the last axiom is the human nature component that we settle on a belief (such as the United States is safer because we invaded Iraq) then we cherry pick selected facts and while ignoring contrary proof to support our original belief.

The danger of accepting the axiom:  It is a shortcut to thinking.  It lacks any sort of individual integrity to use such an axiom.  It strikes at the core of empiricism and rational thought.

Imagine you’re piloting a plane at night, in the middle of a storm. Without data from your navigation instruments, you’d be a goner. This is why we should not and must not make decisions in a courtroom based upon any one of the three types of axioms listed above.  Not guess.  Not faith.  Not Amen.  Data.  Facts.  Proof.

By the National Board of Trial Advocacy