This is abhorrent-  a travesty of justice.

The Justice Department and FBI have formally acknowledged that nearly every examiner in an elite FBI forensic unit gave flawed testimony in almost all trials in which they offered evidence against criminal defendants over more than a two-decade period before 2000.

Of 28 examiners with the FBI Laboratory’s microscopic hair comparison unit, 26 overstated forensic matches in ways that favored prosecutors in more than 95 percent of the 268 trials reviewed so far, according to the National Association of Criminal Defense Lawyers (NACDL) and the Innocence Project, which are assisting the government with the country’slargest post-conviction review of questioned forensic evidence.

The cases include those of 32 defendants sentenced to death. Of those, 14 have been executed or died in prison, the groups said under an agreement with the government to release results after the review of the first 200 convictions.

Who will pay for these crimes?  How many innocent people have served years in prison for crimes they didn’t commit?  How many bright futures where brutally extinguished?  How many families were shattered?

Here is one such case.  This is what happened to Santae Tribble: 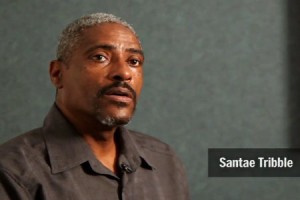 The case involved a murder in Washington D.C. that year (1978). The victim, a cab driver, was robbed and killed in front of his home. Before long, police centered upon Santae Tribble, then a 17-year-old local from the neighborhood, as a suspect.

Tribble maintained his innocence. But no matter what he said and how much his friends vouched, two FBI forensics experts claimed that a single strand of hair recovered near the scene of the crime matched Tribble’s DNA. Thanks to that evidence, which was groundbreaking at the time, Tribble was found guilty and sentenced to 20 years to life in prison after 40 minutes of jury deliberation, reported the Washington Post.

He would go on to serve 28 years until the truth came out: an independent analysis found that the FBI testimony was flawed. Not a single hair that was found on the scene matched his DNA. After attorneys brought the evidence to the courts, Tribble was exonerated of the crime, though he’d already been released from prison. “The Court finds by clear and convincing evidence that he did not commit the crimes he was convicted of at trial,” a judge wrote in the certificate of innocence released at the time, in 2012.

Common citizens need to know that just because you are innocent, doesn’t mean that you will be found “not guilty” in court.  Many times the deck is stacked against you as the government will present junk science and flat out lie to get a conviction.

This needs to change.  We as citizens deserve better and must stand up and demand better.