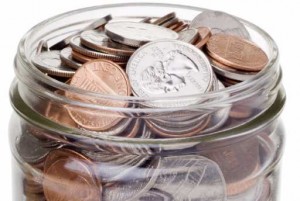 Policing for profit is a big problem in our criminal justice system.  Whether it’s traffic tickets or summary citations, the enforcement of many laws are in the interests of raising money instead of truly protecting the public. Although many policing agencies deny having a ticket quota, many have contact requirements. Whether proponents for static DUI checkpoints believe it or not, empirically one of the main, if not the main, side effect of DUI checkpoints is money generation in terms of equipment violations or other fines.

So could a congressional bill finally end “policing for a profit”?  At least one Congressman hopes so.

Cleaver to introduce bill aimed at banning traffic citations, others, for revenue

Cleaver said his “Fair Justice Act” will make it a civil rights violation, punishable by up to five years in jail, to enforce laws “solely to raise revenue.” It would give people the ability to seek redress under the Fifth and 14th Amendments and offer other protections against jurisdictions that use citations as revenue raisers.

In a scathing report last week on the practices of the Ferguson Police Department, the federal Department of Justice criticized the city’s police department and its court system for using traffic stops and other citations to help balance the city’s budget.

“Ferguson police officers from all ranks told us that revenue generation is stressed heavily within the police department, and that the message comes from city leadership,” the Justice Department report said. “The evidence we reviewed supports this perception.”

From speed traps to red light cameras to DUI checkpoints, local governments rely on law enforcement to raise funds. If there were no fines issued, local and state governments would be in very big trouble. Our founding fathers revolted over taxation without representation. I can only imagine what they would say about policing for profit.