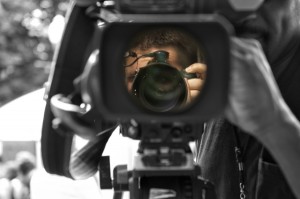 One of the more interesting effects technology has had on criminal justice is the fact that people have cameras and are using them.  Smartphones are ubiquitous and they give common citizens a powerful tool to help them report any harmful activity.

But what about when citizens film the police?  Many proponents suggest that filming police activities provides a import check and balance and helps exposed unlawful behavior.

However, sadly, one politician in Texas has proposed a bill that would make filming police illegal.

A Texas state representative proposed a bill on Tuesday that makes it a misdemeanor for private citizens to photograph or record police officers within 25 feet.

House Bill 2918, introduced by Republican state Rep. Jason Villalba, would make recording officers within 25 feet a class B misdemeanor, and private citizens who are armed would not be able to record within 100 feet of an officer, the Houston Chronicle reported.

The bill says only radio or television stations that hold an FCC license, or newspapers that are published at least once a week, or magazines that appear “at a regular interval” and are “of interest to the general public” can legally record the police within 25 feet.

Villalba goes on to mention that he proposed the bill after he was prompted by police officers to do something to “protect them.”  Protect them from what?  If they are upholding the law and protecting our families, then what is there to be scared of?

It is amazing to many lawyers that these laws keep getting passed, but have been repeatedly struck down. More feel good laws.