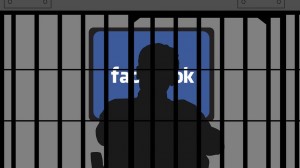 The police and law enforcement set up fake Facebook profiles to investigate people.  This is something that shouldn’t be a surprise to any of us.  Recently, a woman is suing the DEA for using her personal pictures to make a fake profile to investigate her boyfriend.

A DEA agent commandeered a woman’s identity, created a phony Facebook account in her name, and posted racy photos he found on her seized cell phone. The government said he had the right to do that. Update: Facebook has removed the page and the Justice Department said it is reviewing the incident.

The Justice Department is claiming, in a little-noticed court filing, that a federal agent had the right to impersonate a young woman online by creating a Facebook page in her name without her knowledge. Government lawyers also are defending the agent’s right to scour the woman’s seized cell phone and to post photographs — including racy pictures of her and even one of her young son and niece — to the phony social media account, which the agent was using to communicate with suspected criminals.

The woman, Sondra Arquiett, who then went by the name Sondra Prince, first learned her identity had been commandeered in 2010 when a friend asked about the pictures she was posting on her Facebook page. There she was, for anyone with an account to see — posing on the hood of a BMW, legs spread, or, in another, wearing only skimpy attire. She was surprised; she hadn’t even set up a Facebook page.

Even more disconcerting is the fact that the Justice Department actually condones setting up fake profiles:

It’s no secret cops use social media to monitor the public, but it might surprise you that they create fake Facebook profiles to nab criminals — in direct violation of the website’s terms of service.

This is just a reminder for all of us: be careful of what you post online.  The virtual world is real when it comes to law enforcement.  If you are in a criminal investigation, please be wary of what you post and how that can be used against you in a court of law.