A new law that recently went into effect has established a huge, new license restoration fee for drivers who refuse testing. 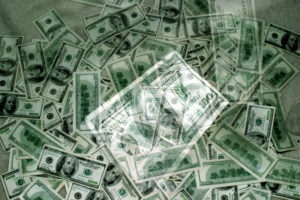 Pennsylvania police will have a new financial incentive to make suspected drunk or impaied drivers consent to a breath or blood test even without a warrant under one of several new state laws that take effect this month.

Senate Bill 553 made changes to the state’s DUI laws and will take effect Jan. 11. Among them is a new fee for refusing to submit to a blood-alcohol test, after the U.S. Supreme Court ruled in 2016 that police can’t obtain blood samples without a warrant or consent.

Under the revised law, drivers who refuse a blood-alcohol test but are convicted and lose their license will have to pay a “restoration fee” for their license of up to $2,000 — $500 for the first time a test is refused, $1,000 for the second time and $2,000 for the third and each time after. The law requires officers to inform suspects of the costs when they’re pulled over.

This is the Commonwealth trying to skirt around the Supreme Court’s decision in Birchfield by increasing the civil penalties.  The decision in Birchfield v. North Dakota mandates that drivers could not be punished criminally for refusing to submit to a warrant-less blood test. Specifically, a driver who refuses to submit to a blood test can not be facing a longer jail sentence or higher court fines as a result of that refusal. The Supreme Court however, found that civil penalties, such as a suspension of your driver’s license, was an appropriate sanction for a refusal.

The hefty fines, license suspensions, jail time, and the lifetime of embarrassment, make DUI a charge that you simply can’t live with.  If you want to protect your future, then call 1-866-MCSHANE.