One of the most common questions about when someone is accused of a DUI is “How much is the going to set me back?” 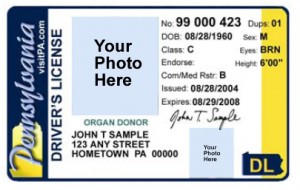 Because of the nature of DUI penalties, and the different way they affect different people, this is a complicated question to answer.  During this series, we will try to explain the major costs and financial liabilities involved with a DUI conviction.

For a first offense, your license can be suspended for up to one year. Repeat offenders may face more time than this. If you are deemed a habitual offender, you could face a 5 year license suspension.

A license suspension not only restricts your movement, it can also get expensive.  Between paying for public transportation (if it even exists in your area) to hiring taxis (if they are even around) to paying for friends, the costs can quickly add up.

Unfortunately, most people just give up and start driving on a DUI suspended license. This is like playing Russian Roulette. There are very harsh mandatory minimums that begin at 6o days and thousands of dollars in fines. Plus it “tacks on” (adds consecutively) to your already long loss of license.

Another consequence to factor in is that some people may end up losing their jobs because of a license suspension.  People who need to travel extensively or have a long commute or who are in outside sales and need to make sales calls, may not be able to satisfy their job requirements and may ultimately be fired.  In a competitive job market, losing a job can be a huge set back. In this economy, people are looking to fire and not hire.

When analyzing the costs of a DUI, a license suspension is not only a painful penalty but also very expensive.

But there is good news. An accusation of DUI is not a conviction of DUI. In Pennsylvania you only lose your license if you have been convicted (or if you are deemed a refusal). So the good news is that there is a firm in Pennsylvania that understands how important your driver’s license is: The McShane Firm. You should call us today and now at 1-866-MCSHANE.