Last month, the Rafferty bill, was passed in both the Pennsylvania Senate and House requiring ignition interlock devices for first-time DUI offenders who register a blood-alcohol content of .10 percent or higher.

Proponents of such legislation assert that these devices will prevent drivers who blow a BAC above .025% from being able to start their cars, thus making the roads safer. Prior to this legislation, ignition interlock devices were mandatory for repeat PA DUI offenders for one-year. Now interlocks will be required for all PA DUI convictions above .10% and for those who refuse to submit to a chemical tests at the time of arrest. 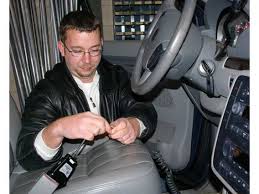 Although organizations like MADD present a compelling case for why these devices should be required for convicted drivers, there are problems with this type of legislation which curb people’s liberties without necessarily solving the problem of drunk driving accidents. Stop and consider the following:

1. It does not stop recidivism – Lawmakers are targeting offenders with a single DUI, many of whom may be good law abiding citizens with clean prior records. A mistake should not turn into a daily stigma that follows them every time they are seen blowing into the device in their cars. By and large with notable exceptions, first time DUI offenders do not get charged with DUI within one year. So, placing an interlock of only one year does not solve or prevent the problem.

2. Presuming intent to repeat – There is a false assumption being propagated here that first-time DUI offenders are sure to commit the crime again and again. The penalties currently in place including hefty fines, license suspension, jail time, supervision while on probation and parole as well as the epithet of having a DUI on their criminal record is enough of an effective deterrent for most who have been convicted.

3. Not targeting the repeat offenders – It is those habitual drunk drivers, the repeat offenders, the true scofflaws, who need proper legislation for effective long-term prevention programs. Plus it is these people who have an addiction that need aggressive rehabilitation to remove the underlying problem — dependency on alcohol. In fact, former MADD president Katherine Prescott said that the drunk driving problem has been reduced to “a hard core of alcoholics who do not respond to public appeal.”

4. Ignition interlocks can “erroneously” lock car engines – Despite the raving reviews by the manufacturers, ignition interlocks are faulty and do misread a number of substances for alcohol. Anyone who uses Listerine, Nyquil, or breath spray with alcohol in it would be unable to start their cars. Even the yeast in bagels and white bread can be detected mistakenly as alcohol. Imagine sitting with your family in the car after a pancake breakfast and the engine refuses to start only because of a false reading.

The only ones who are sure to benefit from this legislation are the device manufacturers. They stand to make a windfall while the real problems continue.