On June 25, 2012, the Supreme Court of the United States (SCOTUS) decided Miller v. Alabama1. In that case, SCOTUS held that mandatory life without parole for juvenile homicide offenders violates the Eighth Amendment’s prohibition on cruel and unusual punishments.2 SCOTUS declared that youth must be taken into consideration when sentencing a juvenile defendant.3 While a juvenile offender can still be sentenced to life in prison, the court sentencing the juvenile must take into consideration their age, diminished culpability, and capacity for change.4 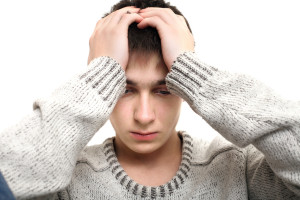 What SCOTUS did not decide at the time was whether this new rule should apply to all those cases which were finalized before this decision was made. Now we have that answer: on January 25, 2016, SCOTUS held that Miller v. Alabama5 applies retroactively.6

What does that mean for people who are currently incarcerated with life sentences for crimes committed when they were juveniles? In Pennsylvania, it means that they now have 60 days from the date of the decision to file a petition under the Post-Conviction Relief Act in the county court where they were sentenced.7

Why only sixty days? According to the Post-Conviction Relief Act8, a petition must be filed within one year of the date that judgment became final, but here the petitioner can allege that “the right asserted is a constitutional right that was recognized by the Supreme Court of the United States or the Supreme Court of Pennsylvania after the time period provided in this section and has been held by that court to apply retroactively.”9 If the petitioner is invoking an exception to the one-year filing period, the petition “shall be filed within 60 days of the date the claim could have been presented.”10

Now to decipher all that legalese: if you or your family member is serving life in prison for a crime committed when under age 18, he or she has sixty days from the date of the decision to file a petition under the Post-Conviction Relief Act. This time may be extended, but only in minor circumstances. The SCOTUS decision is considered public information, and as such, it is presumed that people know about it the day it is decided.11 The Pennsylvania Superior Court recently held that this presumption can be rebutted.12 The Court held that when incarcerated, you are no longer a member of the public, and therefore, your access to public information is reduced.13 However, the courts will not give people unrestrained time to file a petition under the Post-Conviction Relief Act.

If the petition is filed after March 25, 2016, the petitioner will need to prove that he or she did not have access to the SCOTUS decision and that they acted diligently when they discovered the SCOTUS decision. That means that they did not wait before filing their petition. They will need to tell the court the exact day they discovered they can file a petition challenging their sentence and that they filed their petition very quickly after that discovery.