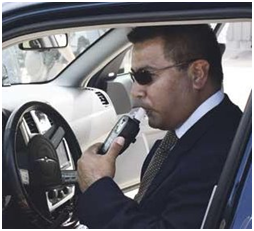 One of the things that I have tried to show in this blog over the years is the FACT that not everyone who is accused of a DUI is guilty.  Many good people are arrested everyday across the country and falsely charged.  That is because police do not need any real evidence to arrest you.  All it takes is the police officer’s OPINION that you look intoxicated.

This is exactly what happened in the case below:

AUSTIN — One man endured a night in jail and a criminal case hanging over his head for year, only to have prosecutors say they don’t think he was even guilty of a crime.

It happened Jan. 1, 2013. Austin police pulled Larry Davis and his vintage Buick over in Northeast Austin after running a red light. Soon, they were investigating him for drunken driving. Then he was arrested.

Davis insists he only had one drink that night. A voluntary breath test showed he hadn’t had too much to drink. He blew a 0.00 on the breath test.

“I told them I would take a blood sample as well, just to prove that I didn’t have anything in my system,” Davis said.

That test looked for seven types of drugs in his system, and Davis tested negative for all of them.

Overzealous police looking to make arrests at any cost is the main culprit here. A false charge like this costs an innocent person thousands in legal fees, lost pay from days off from work, stress, anxiety and the humiliation from the social stigma surrounding a DUI charge.  The only action that was ‘criminal’ here was the unjust arrest and charge by the police.

While the defendents suffer innumerable losses, the police who falsely charged them face no sanctions at all.  Such is the upside-down world of DUI politics.