Most of the time, dashcams are brought up in conversations about protecting citizens against corrupt police officers.  There is another side.  Dashcams protect police officers too. 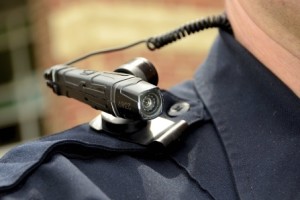 Many times police encounters hinge on the statements of two people: the office and the citizen.  Usually you end up with two conflicting sides of a story.  Dashcams and body cams can help tremendously by providing video evidence that can show the truth.  Below is an example:

We often discuss the transformative role of video technology on the prosecution of police abuse, particularly the ubiquitous presence of cellphones with video capability. However, this is not a one way street. The technology also clears some officers rather than implicates them in crimes. One such case is the controversy at a traffic stop in New Jersey after Hyacinth Peccoo, 50, of Irvington, accused Officer Daniel Caffrey of yelling and pulling a gun on her. A dash cam video not only showed that Caffrey not only did not do so but actually appeared to cut her a break on a violation.

Video evidence is important. It helps protect both officers and citizens. This is why dashcams and body cams should be mandated.  The truth needs to be told and this technology can help do that.