What is the new medical marijuana law in Pennsylvania? 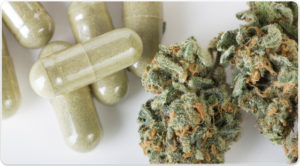 Act 16 of 2016, the Medical Marijuana Act, was signed in to law in April 2016. The purpose behind the legislation is to allow safe access of medical marijuana for the purpose of improving quality of life of those with serious medical conditions. The law also provides for continued research into the use of medical marijuana.

The 17 serious medical conditions are:

The Medical Marijuana Act also provides a safe harbor provision allowing a caregiver (parent, legal guardian or spouse) to obtain medical marijuana for a minor under the age of 18 who suffers from one of the 17 medical conditions.

Now that medical marijuana is legal in Pennsylvania, what does that mean?

Some important things to remember:

If you are a medical marijuana patient and have been charged with a crime, contact us right away. The attorneys at The McShane Firm are ready to give you the representation you deserve. Call 1-866-MCSHANE now.