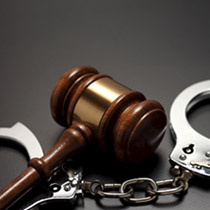 Theft is a serious crime that can cause you a lifetime of embarrassment and ruin your name.  You may face jail time if you are convicted. If convicted, you will have a crimen falsi conviction that can be used in criminal or civil court to call into question any testimony or statements that you make in the future. If convicted, it is considered a crime of moral turpitude and can form a legitimate basis to deny you employment, deny you a promotion or fire you. There are different ways in which theft may take place.

In our society’s rush to judgment, we infrequently wait for all of the evidence to come in before we judge people. Simply having a charge of theft can cause all sorts of catastrophic effects. Sometimes, what is thought of as theft really isn’t. An example of this is a case of accidental shoplifting where your young child might take something off the shelf without you noticing, but security does, and then you walk past the cash registers. Some lost prevention agents are very aggressive and they my detain you, not listen to you and call the police. The police could possibly not believe you and they might charge you with retail theft.

In another example, you see what you think is an abandoned casino voucher in the parking lot of the casino, you think it is your lucky day. You see no one around. You figure that its abandoned property, no different than finding a quarter on the ground. You go to cash it out. You are promptly met by members of the Pennsylvania State Police, they tell you that it was a sting (a trap) and now they are charging you with Theft by Unlawful Taking or Theft of property lost, mislaid, or delivered by mistake.

There are also many instances where a person is blamed for theft out of vengeance or misunderstanding.  For example two people who were in relationship break up and one accuses the other of stealing things which were in fact given as a birthday present.

The method of theft can fall under a number of categories:

The penalties for theft in PA vary depending on the method and value of the property stolen. Any theft charge in connection with a firearm is automatically a Felony level charge.

The table below helps you to determine the charge and penalty applicable for theft based on the monetary level of items stolen.

Shoplifting is one of the most common forms of theft. In Pennsylvania, we call it Retail Theft. While many people do not take it seriously, retailers do and you may get arrested for a single, inexpensive item. You may even face jail time for a first offense. Returning the item and apologizing isn’t enough once the police get involved.

“I could not be happier with the Attorney I selected. There are hundreds of local attorneys and Justin McShane is by far the best. His services are worth every penny.” T.M., (Harrisburg, PA)

As you can see, even the most minor theft charges can have very heavy penalties.  This is why it is recommended that you talk to an attorney to find out your legal rights if you are accused of theft.  If you or a loved one is charged with theft in Pennsylvania, please call 1-866-MCSHANE for a free case consultation.