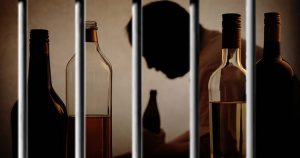 A new bill has been proposed in the Pennsylvania State Senate that would drastically increase the penalties for some repeat DUI offenders. The bill was referred to the Senate Judiciary Committee on April 18, 2017.

The bill proposes to amend Section 3803 and 3804 of the vehicle code in regards to grading and penalties for repeat DUI offenses.

The exact language from the proposed bill amending section 3803 reads as follows:

“(3) An individual who violates section 3802(a) and has more than two prior offenses within a ten-year period commits a felony of the third degree.”

The language amending the penalties in section 3804 reads as follows:

The plain reading of Senate Bill 635:

In reviewing Senate Bill 635, the wording of the bill can be misleading. Leading news sources have cited this bill as an increase in penalty for third or subsequent offenses within a 10 year period. But the language of the bill states “more than two prior offenses” which necessarily means at least 3 prior offenses and an increase in penalties only upon conviction of a fourth or subsequent offense. If the legislature had wanted to increase the penalties for third offenses, the language would say “two or more” prior offenses.

If you or a loved one has been charged with a DUI in Pennsylvania, please call 1-866-MCSHANE for a free review of your case.  We understand there is a lot on your mind.  We will take the time to answer your questions.