One of the hallmarks of a democratic society is the right to a trial before an impartial judge or jury. 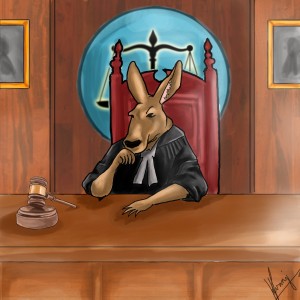 So what happens when the judge himself acts as the prosecutor for the case?

As absurd as it sounds, this is exactly what happened in a municipal court in New Jersey on the evening of May 12, 2010.  According to a formal complaint filed by The Advisory Committee on Judicial Conduct (ACJC), Judge Louis M.J. DiLeo doubled as the prosecutor in the case of Anthony Kirkland and Wendell Kirkland.

The two defendants, arrested on marijuana possession charges, had requested a public defender but none was present during the “trial” (and I am using that term very loosely!)  The judge then proceeded to call the state’s only witness.  Since there was no prosecutor he took the liberty of questioning the officer himself and asked the defendants to cross-examine him.

The defendants had witnesses whom they wished to call but Dileo proceeded with the trial because those witnesses were not in court on that night.  The Kirklands took the stand in their own defense and this time the officer was allowed to cross-examine them.

In less than an hour, the “trial” was complete and the defendants were found guilty (why is that not surprising?)

The result, Wendell Kirkland was sentenced  to six months in prison and Anthony Kirkland to a year.

Earlier this month, the Supreme Court of New Jersey issued an order to show cause to Louis DiLeo based on the findings by the ACJC.  He faces a possible Supreme Court reprimand.

One response to “Impartiality Be Damned! New Jersey Judge Doubles as Prosecutor”