The arson science that we grew up hearing about is dead. Good riddance. 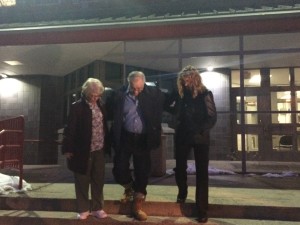 I have blogged extensively about arson science especially in connection to the James Hugney Sr. case. (Please see: Man Freed After Serving 35 years 11 months and 8 days in Prison for An Arson-Murder that Wasn’t) It’s actually wrong to call it “arson science’ because it wasn’t based on scientific principles at all.  It was all a bunch of hearsay and myths.

Recently the American Bar Association took a look at this debunked arson science and examines a number of cases in which innocent people were convicted of crimes they did not commit.  One of the cases they examined is the Hugney case that the attorneys at The McShane Firm worked so hard on.  The article is an excellent read:

“Slow and painful has been man’s progress from magic to law.”

So began the report and recommendation of a federal magistrate judge last year in the case of Han Tak Lee, a New York man then serving a life sentence in a Pennsylvania prison for the 1989 arson murder of his 20-year-old mentally ill daughter, Ji Yun Lee.

That proverb, inscribed at the University of Pennsylvania Law School on a bronze statue of Hsieh-chai, a mythological Chinese beast with the power to discern guilt, serves as a “fitting metaphor for both the progress of the law and the history of this case,” wrote Chief U.S. Magistrate Judge Martin C. Carlson of Harrisburg.

Carlson describes Lee’s long legal odyssey and the revolution in arson science that has taken place between the time of his 1990 trial and today.

A plaque on this sculpture at the University of Pennsylvania Law School was quoted by the federal magistrate judge who freed Han Tak Lee. Photograph courtesy of Pennsylvania law school blog.

“Sometimes we find that truth eludes us,” he continued. “Sometimes, with the benefit of insight gained over time, we learn that what was once regarded as truth is myth, and what was once accepted as science is superstition. … So it is in this case.”

Carlson found that the fire science evidence at the heart of the prosecution’s case, undisputed at the time, has been debunked by more than two decades of research into the cause and origin of fires. He recommended that Lee’s conviction and sentence be vacated, and that prosecutors either retry or release him within 120 days.

There is no crime the justice system can commit worse than convicting an innocent person.  This painful past needs to be corrected today.