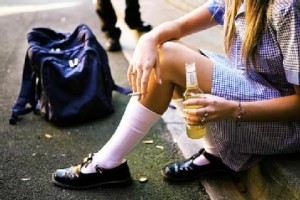 In Pennsylvania, driving under the influence of alcohol carries very harsh penalties. The penalties only increase when you are charged with a DUI while being under the age of 21.  Not only are the legal penalties increased but the effects on car insurance rates and future employment are also severe.

Driving Under the age of 21 with a DUI Lands You in the “high” B.A.C. Rate in Pennsylvania

First of all, any driver under the age of 21 who is arrested for DUI in the Commonwealth of Pennsylvania is automatically charged under the state’s “high” B.A.C. rate. That means that even if this is your first offense, even if the amount of alcohol in your system is minimal, your punishment is probably going to be potentially severe.

The minimum penalties for high level impairment include at least two days in prison, with a maximum sentence of 6 months behind bars, if you are convicted. You’ll be forced to pay a minimum fine of $500, and possibly as much as $5,000. And your license will be suspended for 12 months – meaning you won’t be able to drive for a full year.

Long-term Consequences of a Underage DUI

Plus, as bad as that sounds, the long-term consequences of an underage DUI are even worse. First off, there’s the cost of auto insurance. Drivers under 25 pay more for auto insurance anyway – and with a DUI conviction on your permanent record, your rates will rise astronomically.  You will be placed in the high risk pool.  Depending on your driving history, you may not be able to get auto insurance at all.

The impact of your DUI conviction won’t be limited to your insurance. Your DUI conviction will automatically become part of your permanent criminal record. This means that employers, colleges, universities, banks, friends and even strangers will all see your DUI if they do a routine background check or simply look it up online.

An Experienced DUI Lawyer Can Help Protect You

If you’ve been accused of DUI, there’s still something you can do. You can hire an experienced DUI attorney to fight for you. If you are over 18, you can hire a DUI attorney without your parents even knowing about it — you’re protected under attorney-client privilege, which means no one will know you’ve hired a lawyer unless you decide to tell them.

This is not the case if you’re under 18 – a parent or guardian will need to sign any lawyer’s contract – but since your parents will have been notified about your DUI arrest anyway through the juvenile court process, asking them for help in protecting your future may be the next logical step.

And protecting your future is exactly what a DUI attorney will do. While underage drinkers without representation are likely to be convicted of DUI, an experienced DUI attorney will look at the facts of your case and use them to defend you against the state’s charges. The right attorney will know how to fight your case. Remember – it’s your future on the line. Now is the time to protect it.