I am a pilot and was arrested for a DUI. I am worried about how this will affect my pilot license? What do I do?

As a pilot, you are required by the Federal Aviation Agency to report your DUI motor vehicular offense within 60 days of the arrest under 61.15(e). There is also an obligation to disclose this on the Application for Airman Medical Certificate on an ongoing basis. 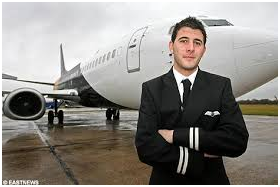 My driver’s license was also suspended. Must I report that?

Yes. In some states, refusal to submit to a test of your breath, blood, or urine to determine your BAC, will trigger a license suspension. The suspension must be reported to the FAA.

Where do I have to file the report?

What does the report have to say?

There is no official form to use for filing. Simply send the FAA a letter containing the following information: (1) name, address, date of birth, and airman certificate number; (2) the type of violation that resulted in the conviction or the administrative license action; (3) the date of the conviction or administrative action; (4) the State that holds the record of conviction or administrative action; and (5) a statement of whether the motor vehicle action resulted from the same incident or arose out of the same factual circumstances related to a previously reported motor vehicle action.

Who should file the report?

Either you or your attorney may file the report. Just be sure that the required information is included and that the envelope is postmarked no later than the 60th day.

What do I need to mention on the Application for Airman Medical Certificate?

If you are convicted of DUI, or your license or privilege to drive is suspended, or both, you must also disclose that information on Block 18.v. of the Application for Airman Medical Certificate every time you renew your medical.

What is likely to happen to me after I report the DUI?

If you have been convicted of a first-time DUI, the FAA will not take any action of its own. However, if you are arrested for a second DUI, within 3 years of the first, and as a result you suffer a subsequent motor vehicle action, the FAA is more likely to get actively involved. In that event, the FAA may suspend or revoke a pilot’s license.

What if I don’t report the DUI?

If you are a pilot facing a DUI, don’t delay. Find an expert DUI attorney to fight your case and help save your flying privileges. Call The McShane Firm 1.866.MCSHANE to safeguard your rights and career.