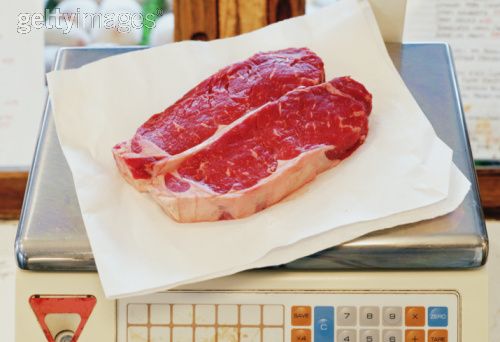 When consumers get a bad meal, they know it.

But getting shortchanged on a few ounces of ground beef might not be as readily detectable. And motorists likely don’t know if the gas pump is accurate.

That’s where weights and measures inspectors come into play to provide consumer protection. But the state Department of Agriculture is considering a plan to turn over inspections to the private sector.

The plan would allow employees of a business to perform inspections on devices for their bosses. A grocery store employee, for example, would make sure scales accurately show a consumer is getting a pound of ham at the deli counter.

So here is an example of the government being overloaded and shifting the responsibility of regulation to the people it’s supposed to be checking on.  Unless watched, people can cheat, be negligent, or inaccurate or even just plain lazy.  All of that can end up costing consumers at the pump and at the grocery store.  I think most Pennsylvania residents would agree that this is a bad idea.  What’s even more astounding? That Pennsylvania police officers do exactly the same thing and no one seems to notice, no one knows and no one cares.

That’s right.  Those fancy breathalyzer machines and even the gas chromatographs used for DUI tests are not calibrated or checked by independent inspectors. In fact, in the case of breath testing, police departments themselves are responsible for checking and maintaining them.  And they don’t even do a good job of it.  I have seen many maintenance logs that were incomplete and did not follow the prescribed standards.  I see hand written logs that show calibration results out of wack and also results that should have resulted in the machine being placed out of service; yet, they keep on testing.  It’s self-regulation folks and once again, there is room for error, negligence, laziness and for a bad apple to do something wrong.  The shocking part is that Pennsylvania residents and lawmakers are not outraged by this.  I think we need to wake up and demand tougher standards for the police and make sure these standards are being enforced.  People end up in jail because of these faulty readings.

This is an important issue we need to start thinking about, because at the end what’s worse, losing a couple ounces of meat or ending up in jail for a DUI because of an incorrect measurement?