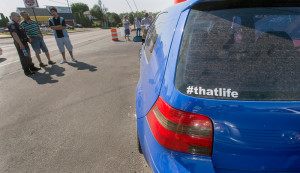 In theory, asset forfeiture is a practice is used by police to seize assets and ill-gotten gains from criminal enterprises like drug cartels.  That is the intent behind the law anyhow. Sounds good right? However, the reality is very very different. Police are allowed to seize those assets before any actual crime has been charged or proven.  In reality, it has become a cash cow for local police and governments. Policing for profit, pure and simple.

The issue has been covered in the press recently:

There are many appalling examples of how everyday average citizens have been violated because of abuse of these laws.

Mary and Leon worked hard their entire lives — she as a retail saleswoman, he as a steel plant worker. The retired North Philadelphia couple, who had never had any run-ins with the law, lived modestly in a house they were finally able to pay off after years of hard work. But at a time when they should be enjoying the fruits of their years of labor, they instead found themselves in a desperate battle against the strong arm of the government.

Despite the fact that Mary and Leon had never even been accused of wrongdoing, much less convicted of anything, the Philadelphia DA had started proceedings to take the couple’s home — their only asset. Why? Because, without their knowledge or permission, their adult son had made one small sale of drugs from their front porch.

The District Attorney’s Office was using a little-known process called civil asset forfeiture, which allows the government to take property it suspects has been used in criminal activity — even if the owner has never been convicted or even accused of a crime. Unlike a criminal proceeding, property owners have no right to an attorney, even when they can’t afford one.

Another alarming abuse of law:

In one particularly horrifying example, Philadelphia police confiscated the piggy bank of a young daughter when they searched her home for alleged wrongdoing of a third person. The piggy bank contained the daughter’s birthday money: $91. Neither the mother nor her child were ever charged with any criminal wrongdoing, but it still took over 12 months and many court appearances by a volunteer attorney from a local legal clinic before she was able to get her daughter’s money returned.

If you ask the average person, across the board they would say that of course a person should be convicted of a crime before they forfeit their property.

Senator Folmer further says that civil asset forfeiture is being misused as a “revenue generator“ for law enforcement agencies. According to Attorney General’s reports, Philadelphia brings in approximately $5 million a year in income from asset forfeiture. Sen. Folmer has proposed Senate Bill 869 to close some of the loopholes that are being abused.

Hoover says that the co-sponsors to sign on to the bill are members from both parties. This increases the chances of the bill moving out of committee.

Residents of Pennsylvania should be aware of these issues and rally to protect our rights.  Please share and make others aware.