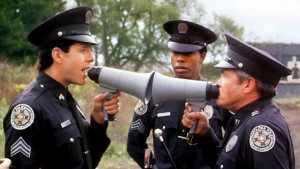 Law enforcement officials and lawmakers are up in arms over allegations that cadets cheated on exams at Hershey’s State Police Academy.  An investigation is underway after it was discovered that “cheat sheet” was used by a group of cadets who were due to graduate in March.

An investigation of possible cheating by cadets at Hershey’s State Police Academy has caused a furor across the agency and the state.

Sources within the state police said the internal review was prompted by the discovery of a cheat sheet used in one of the exams administered to a class of cadets expected to graduate in March. A spokeswoman said the agency does not confirm or comment on active internal investigations.

“The general attitude of everyone out there is rage,” said a source within the agency, who spoke on the condition of anonymity. “One thing I preach to young troopers is don’t lie, period. Police officers don’t get rich from this job. The one thing you bring to this profession, and should leave with, is your integrity.”

The entire criminal justice system puts an enormous amount of trust in our police officers.  Many times, a police report is the main piece of evidence in a case.  We rely on their integrity.  The fact of the matter is, however, these are humans and just like everyone else there are good people and bad people.  There are those who wish to make an honest living and those who will lie and cheat to get ahead.  The problem is, far too often we just assume the police are honest and telling the truth without really digging deeper.

We have reported many cases of this on this blog: Problems with Police

The solution to all of these problems we are seeing is actually very simple.  We need transparency in policing.  That means using body cams and dash cams.  That means there should be third party regulation of police equipment.  That means police disciplinary records should be available to the public.

We have to be able to trust our police and the systems need to be put into place to ensure that trust is never broken.