A few months ago, the Supreme Court of the United States considered the question whether states may attach criminal penalties on a diver who refuses to submit to a blood or breath test to measure the blood alcohol concentration level during a DUI arrest.

For Birchfield v. North Dakota case, the Court wanted to know in particular whether it is a violation of a suspected drunk driver’s Fourth Amendment right of privacy against unreasonable searches to force the driver, against his will and in the absence of a warrant, to submit to a blood or breath test to measure his BAC. The Court Verdict — “No” for breathalyzer tests and “Yes” for blood tests. 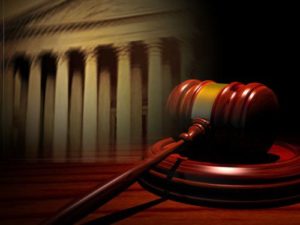 Breathalyzer Test Decision – No it is not a violation of Fourth Amendment rights. Subsequently, suspected drunk drivers can be required to submit to breath tests because a) it is not a very invasive test, just a few blows of air, and b) a very limited amount of privacy is at stake to an insignificant degree.

Blood Test Decision – Yes it is a violation of Fourth Amendment rights. This was concluded on the basis that a blood test is physically invasive. Additionally there is a component of privacy in a blood test for alcohol. Because of this informational exposure, if police have a person’s blood, they can find out all sorts of encoded personal information that may have nothing to do with whether he was intoxicated while driving.

The Supreme Court concluded that following a DUI arrest, there is generally no need for a blood test, because there is a less invasive alternative and equally accurate breath test that can be performed instead.

What does this mean for DUI cases in Pennsylvania?

Dauphin County’s First Assistant DA Fran Chardo said there will be a review of “a lot” of existing DUI cases. They will be looking to find those cases that were prosecuted or their sentences enhanced because of non-consenting BAC blood test evidence.

As a result of this Supreme Court decision, officers will be much more reliant on Breathalyzer in alcohol cases.

This decision does not affect DUI arrests which involve a car crash. Such cases are prosecuted with a higher tier of charge, regardless of a blood draw refusal or blood draw results.

If you have questions about a case in which you were asked to submit to a blood test, please call 1-866-MCSHANE so we can get to the bottom of this.