Recently, Attorney Justin McShane of The McShane Firm filed a petition to The Supreme Court of The United States on behalf of his client Tyshaunt Love in his homicide case.  Here is some of the factual background to this case: 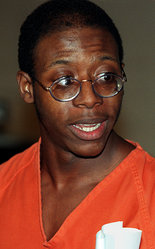 On Friday, December 20, 1996, police officers discovered the body of Iris Fennell, who was brutally beaten, shot, and killed in her Pennsylvania home.

Tyshaunt Love, who was Iris’s boyfriend at the time, was subsequently arrested and charged with her murder despite the fact that there was substantial evidence available establishing that LaQuan Williams (“Kazar”) killed Iris rather than Mr. Love.  For example, there was a clear motive for Kazar to kill Iris. At the time Iris was murdered, Kazar was charged with rape in a homicide case and was on the run from the police. It was revealed that Iris had agreed to speak with the police to assist with procuring Kazar’s capture and prosecution. Kazar had learned of Iris’ statement to the police, and multiple witnesses were aware that he had threatened to kill her.

There was also physical evidence that pointed to Kazar as the killer and not Mr. Love.  When LaQuan was captured, his clothes were bloody and Iris’s blood was found on his shoes.  On the contrary, no blood was ever found, on or belonging to, Mr. Love.

At trial, to account for the evidence implicating the alternative suspect, LaQuan Williams (“Kazar”), in the murder, the Commonwealth explained that its theory of the case was that Mr. Love “stag[ed] this crime scene to make it appear that LaQuan Williams committed this crime.”  However, at least two people heard Kazar confess to killing Iris.

We feel that the trial court was in error supporting the conviction of Mr. Love due to a lack of competence in his defense counsel.  His defense counsel failed to investigate the alternative suspect and failed to challenge the evidence in a competent manner.  We appealed for a new trial based on these issues to the Superior and Supreme Courts of Pennsylvania and we continue our fight for justice in our petition to The Supreme Court of The United States.

In our petition we have presented the question:

Whether the Sixth Amendment requires that, when considering ineffective assistance of counsel claims, courts must consider evidence of counsel error in the aggregate.

The response to our petition is expected on November 19, 2012.  You can follow the case here.