Three non-partisan, grass roots political action organizations (ReOpen PA, End the Lockdown PA, and Pennsylvanians Against Excessive Quarantine ) have announced that they will organize and facilitate a peaceful protest at the Pennsylvania State Capitol Complex on Monday, April 20, 2020 at 12:00 noon.

The three organizations together have as of Thursday April 16, 2020 noon nearly 60,000 followers on social media. And their movement is growing. The growth of these organizations is truly remarkable.

According to the organizers, all concerned citizens of Pennsylvania are called to join in a peaceful assembly to hear speakers, to gather together and exercise their rights individually and collectively as a form of protest and to address their government with their grievances, namely the ongoing “indefinite” lockdown (the Pennsylvania Governor’s State of Emergency and its concurrent ordered closing of “non-essential businesses” and its restrictions on travel, assembly and daily living activities). They note that as the days have gone on, the restrictions have only become tighter and tighter, with no end dates – really with no end in sight. During this time, countless people have become unemployed. As of Monday, 1.3 million Pennsylvanians have filed for unemployment in four weeks ending April 11, or nearly 19.8% of the workforce. An additional 84,000 people filed claims in the first three days of this week, according to the state, pushing the total over 21%. The US Department of Treasury and the Small Business Administration have announced today that they will no longer accept any applications for funding through the Payroll Protection Program (PPP) of the 2020 CARES Act as the money has simply run out. As a result of this, even “essential businesses” will have to close their doors as they face unprecedented drop in sales. Small businesses who are not deemed by the Governor to be “essential” or have applied for and received a waiver to operate have been forced to shut their doors. Many may never be able to open them again. The disastrous effects are taking the toll on the citizens of PA. The Pennsylvania state legislature has passed, by a majority of both the House and the Senate, Senate Bill 613 which would put Pennsylvania back to work. The Governor has vetoed the will of the majority of our elected representatives. Per the organizers, the time has come to make a change.

The organizers of the protest, including ReOpen PA, End the Lockdown PA, and Pennsylvanians Against Excessive Quarantine, released the following statement:

“Government mandating sick people to stay home is called quarantine. However, the government mandating healthy citizens to stay home, forcing businesses and churches to close is called tyranny.,” says Pennsylvanians Against Excessive Quarantine. “Business owners are being forced to layoff employees while the unemployment system is failing those laid off as the economy free falls. This is a recipe for disaster with many in our society helpless. We cannot stand by and watch our neighbors suffer while the government considers prolonging these painful conditions. The economy should be reopened on May 1 for healthy citizens continuing enhanced sanitation habits to prevent any virus from spreading. Those with compromised immune systems should not have to re-enter the economy or workforce if they do not feel comfortable.”

The peaceful protest that is planned is a lawful exercise of the freedom of speech and assembly under both the United States Constitution and Pennsylvania Constitution, even during this pandemic.

The First Amendment of the United States Constitution states that “Congress shall make no law respecting an establishment of religion, or prohibiting the free exercise thereof; or abridging the freedom of speech, or of the press; or the right of the people peaceably to assemble, and to petition the government for a redress of grievances.”

From a strictly legal point of view, these concerned citizens have an unqualified right to peacefully assemble on Monday. The Pennsylvania Constitution reads in Article I, Section 7 that “The free communication of thoughts and opinions is one of the invaluable rights of man, and every citizen may freely speak, write and print on any subject, being responsible for the abuse of that liberty.” Further, Article 1, Section 20 of the Pennsylvania state constitution states that “The citizens have a right in a peaceable manner to assemble together for their common good, and to apply to those invested with the powers of government for redress of grievances or other proper purposes, by petition, address or remonstrance.”

Further in the First Amendment of the United States Constitution reads

“Congress shall make no law … abridging the freedom of speech… or the right of the people peaceably to assemble, and to petition the government for a redress of grievances.”

Despite the word “Congress” is in the Amendment, the later series of cases make clear that this prohibition applies to the government broadly meaning to state legislatures and Governors.

Citizens today have a legitimate concern about possible arrest or citation given the conflict between the Pennsylvania Governor’s Emergency Declaration and its restrictions versus the inalienable rights found in the US and PA constitutions as pointed out above.

These are unique times. So unique that confusion as far as what law enforcement is to do when faced with peaceful protestors, the constitutions and the Governor’s orders. One only needs to look at the situation in Raleigh where the local police who enforce the law of their state capitol grounds tweeted that in their view “protesting is non-essential activity.”

When complaints came streaming in, the police department, after consultation with the local District Attorney, doubled down on its tweet when it released the following clarifying statement: “In these unprecedented times and unusual circumstances, both the Governor and the County have declared a state of emergency,” the statement said. “Under these current and temporary declarations, protesting is not listed as an essential function.”

The McShane Firm will defend peaceful protestors for free, even during the pandemic.

The McShane Firm offers to represent any citizens who may be arrested or cited as a part of their lawful exercise of free speech and the right to assemble to address their grievances before their government as part of these protests on Monday. We offer our services free of charge as we believe in standing up to the government to support the Constitution of the United States, the Pennsylvania Constitution, and the rights of the citizens of Pennsylvania. 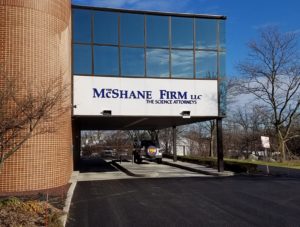 The McShane Firm is uniquely qualified to handle these cases. We are no strangers to advancing constitutional rights. In fact, it’s our full time job. Our highly qualified staff of 7 attorneys and 10 paralegals are well versed in defending the Constitution. As central Pennsylvania’s largest full time, full service criminal defense and DUI defense law firm, defending those accused of a crime and proving that the government violated their rights is what we do all day every day. We are available 24 hours a day, 7 days a week and with nearly 20 years of experience in Harrisburg and Central Pennsylvania, we are the best firm for the job. From capital murder to DUI cases, we will always fight to protect the rights of the citizens among us who are accused of a crime.

Even in the times of pandemic and government lockdown, we still have Constitutional rights. The McShane Firm will always be here to protect all of our rights regardless of what else may be going on in the world. In fact, right now, The McShane Firm may be the only ones fighting. We reached out to the ACLU and while they agreed to “discuss issues of free speech,” they declined to offer any legal assistance to those who may stand accused of a crime or represent these organizations. They directly stated that they “don’t generally represent individuals who have been charged criminally.”

You may have many questions about what to do and how to prepare if you want to participate in the demonstration on Monday. As legal counsel, we need to focus on preparing for the actual fight. Calls in with hypothetical questions take away from our time to prepare for the actual battles we may have ahead. If you have questions on how to proceed, the ACLU provides some guidelines you can follow here: https://www.aclupa.org/en/know-your-rights/know-your-rights-protest.

Attorney Thomas Gerolimatos of The McShane Firm spoke with Fox News Williamsport this morning regarding the peaceful protest and our free representation. For full audio, click here: http://talkwilliamsport.com/exclusive-attorney-gerolimatos-on-news-talk-104-1-discussing-peaceful-protest-fallout/.

If you have questions concerning the particulars of the event itself, we suggest that you ‘like”

ReOpen PA, End the Lockdown PA, and Pennsylvanians Against Excessive Quarantine on Facebook. You can learn more by following the event at:
https://www.facebook.com/events/2636395559972471/