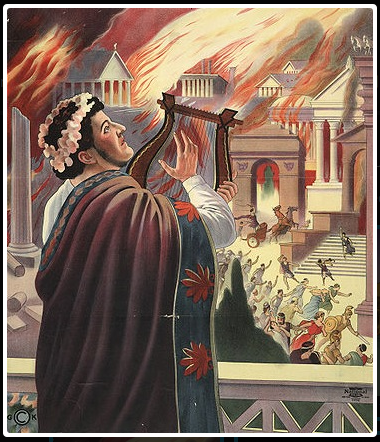 The honor and the integrity of the Pennsylvania judiciary has perhaps rightly been called into question with the Cash for Kids scandal (2008), Joan Orie Melvin (2012), Seamus P. McCaffery (2014), and the Philadelphia traffic court scandal and federal prosecutions (2014), just to name a few in our immediate past history.

What do people in high positions always say? “If I had only known, I would have done something about it. I did not know.”

Well, now with this post, I am here to tell you all about it.

So that old refrain (“If I had only known, I would have done something about it. I did not know.”) cannot be used when the situation in Centre County gathers more traction in the press and questions are asked about why something was not done any sooner.

I have personally complained to the Office of Disciplinary Counsel (ODC) and to the Judicial Conduct Board (JBC) about these matters. I have found them to be wholly impotent in handling this situation. And it is out of control.

In re: Magisterial District Judge Mark A. Bruno, case number 84 MM 2013, the Supreme Court of Pennsylvania bitterly defended its concurrent power to supervise and manage (in a manner that is not disciplinary in nature) the Unified Judicial System independent from the Judicial Conduct Board and the Court of Judicial Discipline notwithstanding the provisions of the Pennsylvania Constitution otherwise (Pa. Const. art. V, §§ 10(a), 18).

So now it is time for the Pennsylvania Supreme Court to wake up and exercise that power that it carved out in the Bruno case.

Immediate action is not simply prudent, but is demanded.

Here is but a sampling of the bigger issues that are well-known and well-covered in the media:

It is time for direct action.

It is time for the Pennsylvania Supreme Court to take direct action.

With the ODC and the JBC not taking immediate and swift action, and with the documented offenses growing by the week, the only hope that we all have of avoiding yet another black pall on the Pennsylvania judiciary is the direct involvement and immediate action of the Pennsylvania Supreme Court.

Sitting and waiting is no longer a viable option. Letting the ODC and JBC take their time in the investigation will very likely result in further transgressions or at the very least call upon more people to question the very institution of the judiciary in Centre County.

Will the Pennsylvania Supreme Court continue to fiddle while Centre County burns?