The Top 10 Reasons The Breath Test Machine Used On Justin Bieber was a Lemon: How a Lawyer-Scientist Can Help 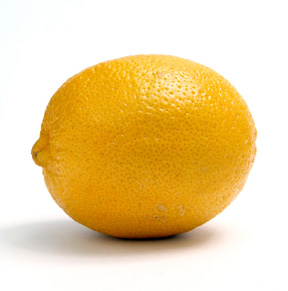 We have written here before about the Justin Bieber case:

People have asked me why I have this dedication to Justin Bieber’s defense. No, I am not formally or informally involved in the case. While my 5-year old daughter is a big fan (she has a Bieber Christmas stocking) and I find his songs to be catchy, I am not particularly interested in the outcome of his case. The Bieber case is a useful way to show what those who are accused of a DUI or DUI-related case runs into on a near daily basis. Justice is based upon science, truth, facts, not hype and mob sentiments. In fact, according to a segment of our population based upon a petition to the White House, the mob wants to illegally deport the 19 year old. What is happening to Bieber can happen to you. Bad science, lack of verifiable truth and over-exaggeration by the police are hallmark features of modern DUI and DUID prosecution

As I have written before:

What I do for a living.

What I do professionally every single day is match the scientific claims by the prosecution to the facts of the case so the defense can provide the best evidence to show how either the science doesn’t match up to the prosecutorial narrative, or that the claims of the science advanced by the prosecution is invalid or constitutes classical over-reaching. I prefer to be the one in the courtroom who does the actual cross-examination of the prosecution expert witnesses and to conduct the direct of the experts called by the defense, but I have also just been a consultant matching the trial lawyers up to the experts and preparing the experts for trials and depositions. I have done so in several high profile cases. Sometimes, my involvement is well-known. Sometimes not. Matching up the perfect expert with the facts lets the truth come out and ensures that there is not an improper conviction.

Here are the known facts, not the hype.

It appears as if Justin Bieber was tested on a potential lemon of a BrAC instrument. In order to have a scientifically valid result from any analytical instrument, there must be proof that

1. The particular instrument has been properly validated which includes:

1.1.1. Installation Qualification (IQ)-documents that the correct instrument was received and installed properly

1.1.2. Operational Qualification (OQ)-tests that the instrument meets specifications in the user environment, and

2. The particular instrument is stable meaning it has a history of consistent performance with expected results over time including after the instant measurement;

3. The instrument is operated by someone who is suitably trained;

4. The instrument was used in keeping with its validated means.

In the State of Florida, the state maintains electronic data downloads of the breath test instruments. The program that displays the data is called Cobra Data. In a properly trained person’s hands who knows what he or she is looking for in the electronic data, the Cobra Data can reveal many issues with the instrument and show that the instrument is not operating properly, is not stable, and cannot be relied upon to generate valid data.

One of the smartest acts that a lawyer-scientist can do is to hire an expert to conduct an instrument suitability and stability assessment. There are a few out there. In this case, I asked Stephen Daniels of www.DUIundo.com to do a cursory records search for the particular instrument that was used by Justin Bieber. The FDLE places a lot of its instrument records online. This is what he found on the instrument that was used on CMI Intoxilyzer 8000 with serial number 80-003224. Here is what he discovered:

1. On May 27, 2012, the instrument recorded an “Control Outside of Tolerance” error. Per the relevant regulations, the dry gas calibration check that is completed within the test is allowed to return a result between 0.075 and 0.085 BrAC value. This is a very wide area of tolerable results. It could not hit that result. It recorded a 0.065 BrAC. 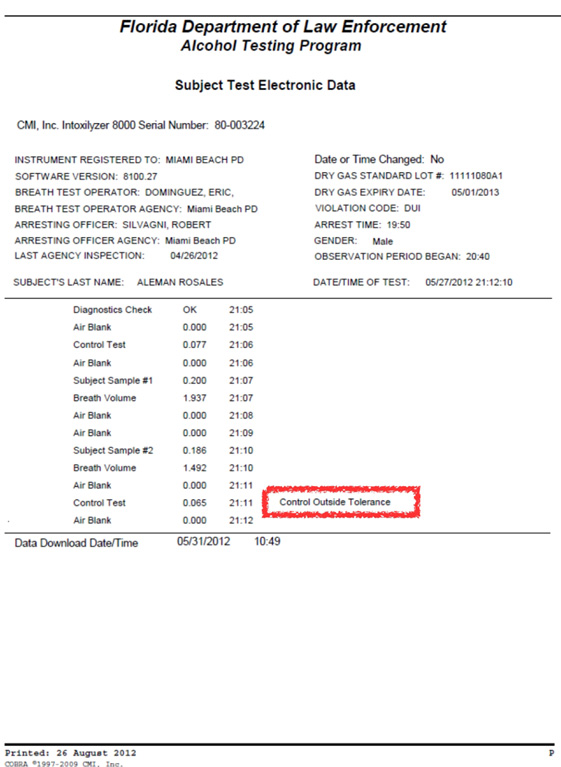 Ordinarily, we would expect some level of variance from a standard over time that would necessitate its replacing.

However as we can see below, in the Dry Gas Cylinder Change Cobra Data the Dry Gas Standard was replaced on May 24, 2012 or 3 days before the test of May 27, 2012 that resulted in the “Control Outside of Tolerance Result.” 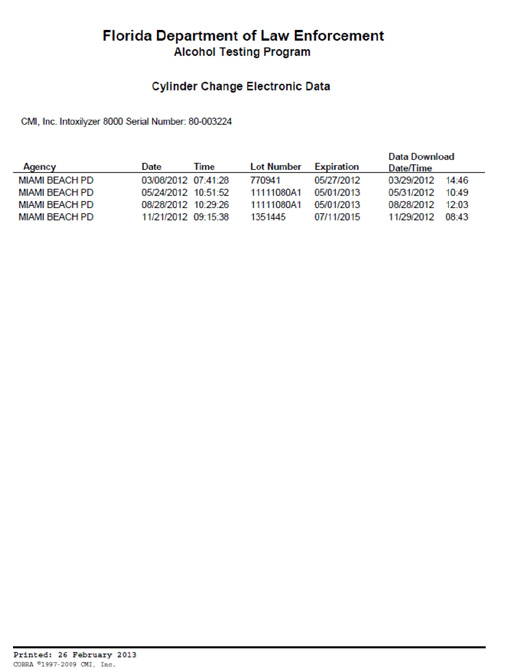 Note that in reaction, the Breath Test Operator did not change the Dry Gas Cylinder, but continued testing using this instrument and that Dry Gas Standard Cylinder until August 28, 2012. As it was not changed, but testing continued, we can presume based upon the evidence that the instrument was not operating as designed.

2. What we can see from the Cobra Data Records is that the instrument disappears from Subject Breath Tests records and misses the July 2013 and August 2013 Monthly Agency Inspections. This is an indirect indication that there was a potential problem noted in the field with the instrument. 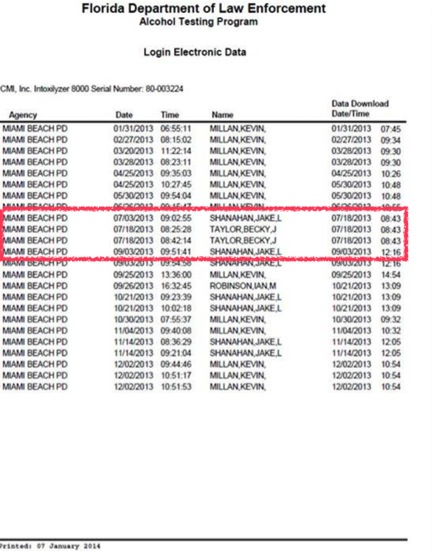 The above FDLE/ATP Cobra Data records indicate the Intoxilyzer 80-003224 was at CMI, Inc. was accessed by Becky Taylor who is a repair technician for CMI, Inc. twice on July 18, 2013 for repair. The instrument was sent for repair on or about July 5, 2013 . It was not brought back in for service until September 3, 2013 when FDLE technician Jake Shanahan tested it.

3. However, on the day that FDLE sought to test the instrument to make sure it worked correctly and could be re-deployed into the field (September 3, 2013), it continued to produce an error. On September 3, 2013, Department Inspector Jake Shanahan conducted the FDLE/ATP Departmental Inspection. Here are the problematic results: 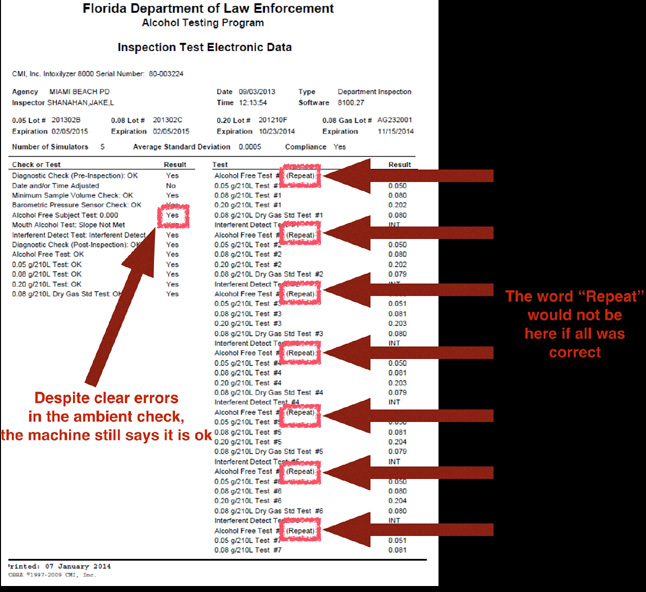 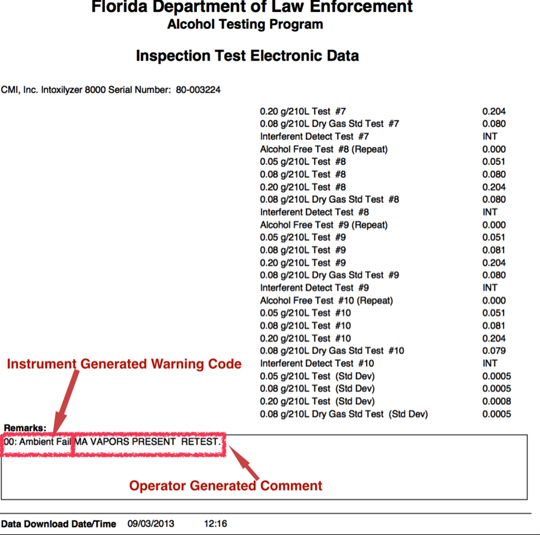 In this particular failure, the inspector writes “00. Ambient Fail MA VAPORS PRESENT RETEST” (N.B., per the software programming the error code generated by the instrument is always in lowercase, the operator may comment on the error, but when he or she does so, it is always in uppercase). Per the regulations, the instrument is allowed to be re-tested as long as the inspector documents why the testing failure occurred and what the inspector did to correct what caused the failure. In this case, the operator seems to assert that there was residual ethanol left in the environment due to the recent Mouth Alcohol (MA) testing. However, the proof that this was the correct conclusion of the source of the ambient fail code is not known. It seems as if the operator simply did a retest, received the data that he wanted, and therefore validated his desire that the instrument must be in fine operating order and pass inspection based upon the new data that was generated ignoring this data.

4. The history of error for this particular machine does not stop here. As noted in the below letter, on September 30, 2013, there again is an operational error that caused the machine to malfunction during normal field use when the green start button is used: 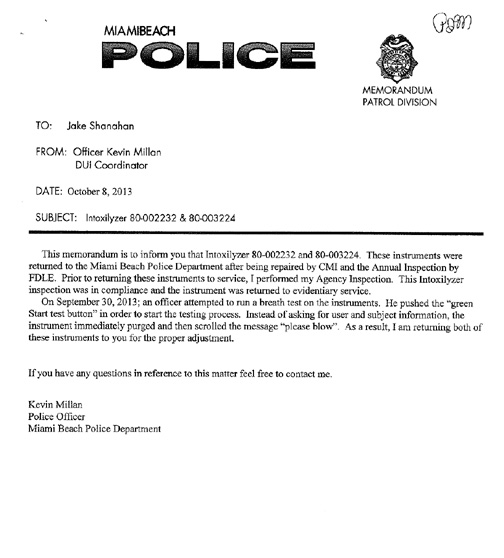 So, this particular machine is sent back to FDLE headquarters on October 8, 2013.

5. On October 21, 2013, FDLE Department Inspector Jake Shanahan does another inspection on the instrument before returning it back to the field. According to the records, the instrument passes the inspection.

6. On October 20, 2013, FDLE Agency Inspector Kevin Milne conducted another Agency Inspection where again, the instrument passed and was fit for field use.

7. On November 1, 2013, after passing two FDLE Agency inspections, the instrument again malfunctions during the start sequence as we see in the below letter: 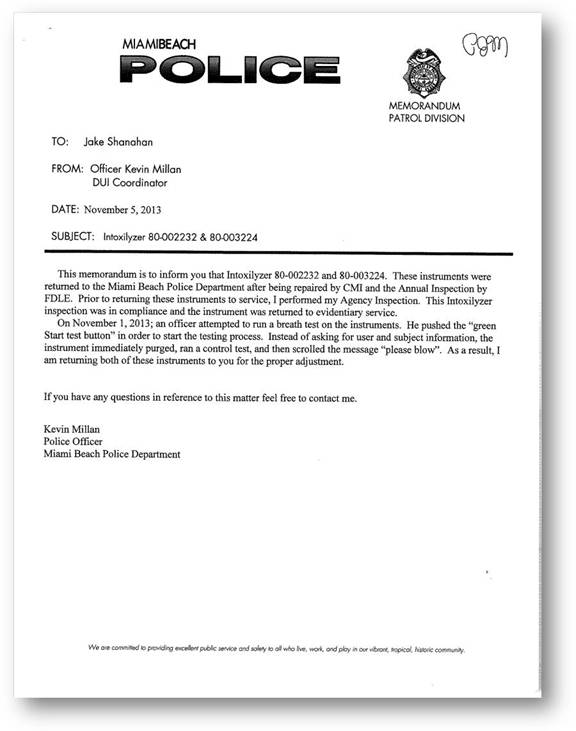 8. The instrument remained at FDLE. Even though the Departmental Inspection was completed on November 14, 2013, the Agency Inspection that would certify it to be ready for testing on motorists was not conducted until December 2, 2013. 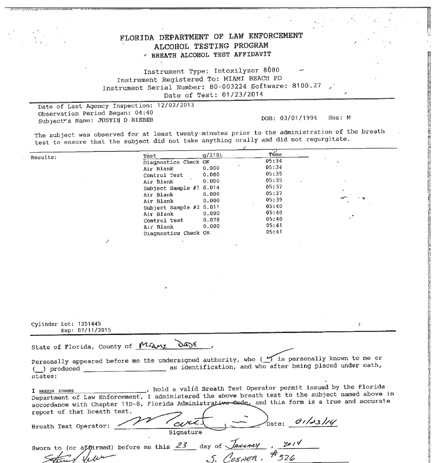 10. Conclusion. Only valid and reliable evidence should be in court. Reliability is concerned with questions of stability and consistency. The main question about stability can be stated as this: “Does the same measurement tool yield stable and consistent results when repeated over time?” Or stated simply, “Does the instrument perform without error and without issues?”

Reliability is defined as a condition where a measurement process yields consistent results free from error over time and over repeat measurements.

The evidence empirically shows that this instrument is far from stable. There are many errors proximate the Justin Bieber measurement. Therefore, any result from this machine is suspect.