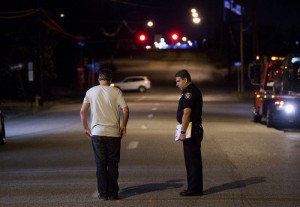 DUI is a problem.  A problem that puts our families in danger.  I see a lot of people write comments and editorials who, in there concern for reducing the number of DUIs, try to remedy the problem though tougher penalties.  Unfortunately, this fails to take into account the reasons behind why people drive drunk.

A recent editorial I came across called for a lifetime driving ban for DUI convictions.  Let’s put this idea into perspective for a minute.  Every year, close to 50,000 people are charged with a DUI in PA.  That works out to about 1 in every 240 people. Granted not everyone is guilty, but we can safely say that this idea would strip tens of thousands of people each year from driving.

When someone is stripped of their license, it affects their life in profound ways.  They can’t get to work. Many people who have jobs which require travel would lose their jobs.  Students can’t get to class.  People can’t get to doctor’s appointments.  A lifetime license suspension basically throws that person out as a productive member of society.

DUI is almost never a premeditated crime.  It’s not like a bank robbery which takes time and planning.  People commit DUI as a result of poor planning and poor judgement.  This needs to be accounted for.  Randomly increasing penalties without considering the root causes may prove popular with voters but will do little to have a positive impact on society.