For a Pennsylvania truck driver, a first offense DUI carries some very tough penalties. This includes up to 6 months jail time, up to $5,000 fines, 1-year personal driver’s license suspension and 1-year commercial driver’s license disqualification (suspension). Being unable to drive would be crushing.  Many trucker drivers lose their career after the first charge because they find it nearly impossible to find work with a DUI on their record. 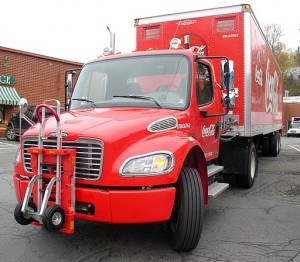 But did you know that a second DUI conviction for PA truck drivers could mean losing your CDL license for LIFE? Yes life! Loss of CDL = Loss of employment. A DUI is a criminal conviction and stays on your permanent record.

Warning: CDL holders must be aware that the legal limit of Blood Alcohol Content for commercial drivers while in a commercial vehicle is .04% which is half of the normal limit which is .08% as stated according to PA State Law.

This applies to any Commercial Driving License holders such as truck drivers, automotive technicians who do emission checks on commercial venicles, different classes of CDL drivers, company drivers, long haul drivers, dock workers and others.

If you are a CDL license holder and have been charged with a DUI, don’t drive yourself into a bigger hole. Call The McShane Firm at 1-866-McShane. We will fight for your rights and for your employment. We have helped many CDL drivers keep their license.