In a misguided rush to prevent DUI, legislators across the country have enacted numerous types of DUI penalties.  Some of these penalties go into effect after a charge- without giving the suspect their day in court.  Recently, one such measure was ruled unconstitutional by a judge in Montana. 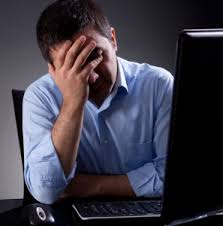 HELENA – A state judge has struck down the law underpinning Montana’s 24/7 Sobriety Program for drunken driving suspects, saying its sobriety testing fees are an unconstitutional punishment before a defendant is tried.

District Judge James Wheelis of Libby also said other parts of the 2011 law authorizing the testing are unconstitutionally vague and grant too much discretion to the attorney general and other officials in setting up the program.

“The Legislature failed to provide proper guidance or set limits to delegated powers’ authority in a number of ways,” Wheelis wrote in his Feb. 5 order, and therefore “its attempt to delegate is a nullity.”

The truth of the matter is that DUI prevention can really only be achieved through better education and remedial programs.  More punishments is not going to prevent DUI.  DUI happens as a result of poor planning and choices.  These types of crimes are rarely premeditated.