It seems that every day there is some sort of article in print that laments the poor position of prosecutors, their horrible burden and how unfair the CSI Effect is.  Well, what is the truth?  It seems that there is a CSI Effect, but not to acquit, but rather to convict.  A reverse CSI Effect.

What is the CSI Effect?

The CSI effect (sometimes referred to as the CSI syndrome) is a reference to the phenomenon of popular television shows such as the CSI franchise raising crime victims’ and jury members’, even criminals’, real-world expectations of forensic science, especially crime scene investigation and DNA testing.  Much of these concerns stem from the "dramatic license" taken by the writers of forensic science television—glamorizing the field, overstating the accuracy of forensic techniques, and exaggerating the abilities of forensic science—and from the extension of pop images past the realm of entertainment programming and into that of news reporting and the general criminological dialogue.  The CSI effect is purported to skew public perceptions of real-world forensic science, as well as the behavior of criminal justice system actors; this is of particular concern in the courtroom setting, where many prosecutors feel pressured to deliver more forensic evidence.

Well, is there really a CSI Effect?

The answer seems to be no. 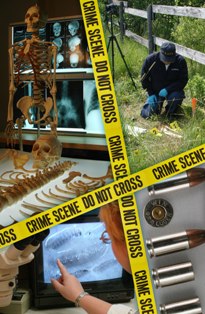 Professor Tom R. Tyler (Viewing CSI and the Threshold of Guilt:  Managing Truth and Justice in Reality and Fiction, Yale Law Journal, 2006) perceived an opposite CSI Effect. He claimed jurors who watch the shows have more of a tendency to convict. He suggested alternative explanations for the observed increase in jury acquittals including jury sympathy for defendants, unrealistic assessments of their cases by prosecutors, and jurors becoming less trusting of legal authorities. He argued that after accounting for these effects, CSI might aid the prosecution; rather than the defense. Tyler theorized that when the desire for a victim’s justice exceeds the desire for the defendant’s justice, jurors may engage in the type of justifications that would lead to a reverse CSI Effect – raising, rather than lowering, the perceived probative value of the evidence and increasing the likelihood of conviction.

Tyler’s theory of the reverse CSI Effect was seemingly supported in a subsequent study by Media Law professor Kimberlianne Podlas.

Podlas’ study (Impact of Television on Cross-Examination and Juror “Truth”) supported Tyler’s findings, concluding that jurors’ CSI awareness helps, not hurts, the prosecution. According to this study, frequent CSI viewers were no more influenced by CSI factors in rendering "not guilty" verdicts than were non-frequent viewers. Considering the small minority of CSI viewers who included CSI factors in their verdicts, jurors were not negatively influenced by such factors. Consequently, the study did not support any anti-prosecution CSI Effect.  The Podlas study also reached the conclusion that there is an opposite, pro-prosecution effect. In some instances, a lower proportion of CSI viewers rendered "not guilty" verdicts relying on CSI reasons. Further, the Podlas study theorized that CSI viewers might be more stringent in assessing evidence, more educated in concepts of proof, or better prepared for jury duty.

If there is a CSI Effect, what does it really mean?

What the traditional rendering of the CSI Effect (where supposedly unrealistic jurors want DNA in every case and without it there is an unfair or unjust acquittal) really means is that if it exists jurors want certainty.  Is this a bad thing—to want to be certain in a verdict?

Typically speaking, it is possible and cost effective to use modern forensics to solve even property crimes.

In conclusion, as a way to gain perspective of this conundrum, I ask a simple question:  Why is it bad to want certainty in our convictions?

I ask you that if I gave you a blank check and told you that you could write it out for whatever amount you wanted but before you could cash it, you first had to undergo a conviction, a misdemeanor for DUI, and with it suffer a loss of your driver’s license for at least twelve (12) months if not more, have two (2) counts of DUI on your record and undergo a period of actual incarceration and a substantial amount of supervision with the appropriate probation and parole office, would that check be more or less than the fees that government should have to spend on getting it right in the first place?

CSI Effect or is it wanting to do the right thing?

One response to “What a Bunch of Poop: The CSI Effect”