The Administrative Office of Pennsylvania Courts reports data of what offenses were committed over the past years. In their latest report, the data from 2017 shows that a number of counties had declining DUI enforcement when compared to 2016. The counties with the biggest declines were: 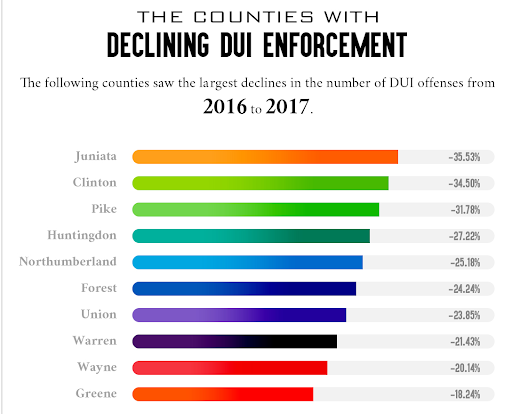 For its part, Dauphin county saw a decline of 1.98% from 1,417 DUI offenses to 1,389. While this may not seem significant at first glance, when compared to the statewide increase of 10.47% over the same period, these declines open a number of questions.

Many people assume that just because the police arrested someone and charged them with a crime that they must be guilty of something. Nothing could be further from the truth.

There are many organizations like the Innocence Project which are dedicated to exonerating people who have been wrongfully convicted. These are people who were:

And spent many years in prison for crimes they did not commit.

Take for example the recent exonerations of Stanley Mozee and Dennis Allen, two men who were wrongfully convicted of a murder. Absent the presence of any physical evidence, the two were convicted of capital murder in 2000 and sentenced to life in prison.

How did they end up getting convicted?

One of the most common issues that leads to wrongful convictions is prosecutorial misconduct. In 2018, the Texas Court of Criminal Appeals ruled that the lead trial prosecutor, Rick Jackson, withheld numerous items of exculpatory evidence at the trials, violating Mozee and Allen’s rights to a fair judicial process.

“Due to egregious misconduct by the trial prosecutor, these two innocent men spent 15 years of their lives in prison,” said Nina Morrison, senior attorney at the Innocence Project. 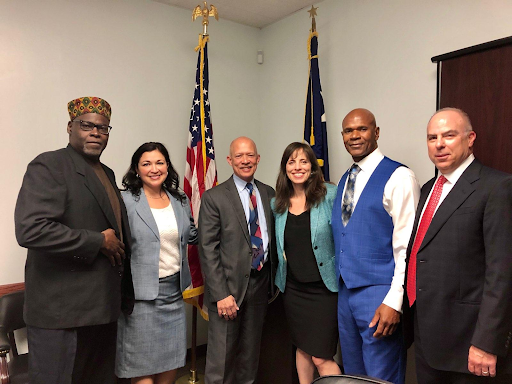 This is why we FIGHT

This is why we fight. At The McShane Firm we work tirelessly to review the evidence and raise challenges when we see possible issues. We dig deeper and come to court more prepared to protect you from wrongful conviction.

In a case that was widely covered by the media, The McShane Firm secured the release of Mr. James Hugney who severed nearly 36 years in prison after being wrongfully convicted of an arson-murder.