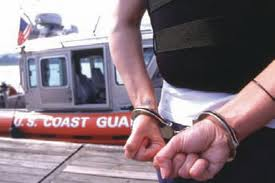 Did you know that DUI arrests are not limited to people driving automobiles?

In this post, we will consider the legal definition of the word “vehicle” as it relates to DUIs.

From the Pennsylvania Vehicle Code, Section 102, we find the following: “Vehicle.” Every device in, upon or by which any person or property is or may be transported or drawn upon a highway, except devices used exclusively upon rails or tracks. The term does not include a self-propelled wheel chair or an electrical mobility device operated by and designed for the exclusive use of a person with a mobility-related disability.

In Pennsylvania, cars, trucks, motorcycles, dirt bikes on the road, trikes, mopeds, and scooters are all considered vehicles. Even a bicycle is considered a vehicle when it is on the road for DUI purposes. Com. v. Brown, 620 A.2d 1213 (Pa.Super. 1993). Planes and boats are covered by separate statutes that govern the consumption of alcohol.

In regards to DUIs in PA, motorcycling under the influence is prosecuted under the same laws as with other vehicles.  The motorcyclist faces the same penalties, including jail fines, and a driver’s license suspension.

For Boating Under the Influence, (BUI), the legal limit for operating a watercraft is the same as for a motor vehicle  – .08% BAC.  The boater will be required to take a breath or blood test to determine the BAC. There are penalties for it.

Flying under the influence (FUI), any commercial or private aircraft is a gravely serious offense that can be prosecuted under both federal and state law. The Federal Aviation Administration strictly regulates alcohol use and bars any pilots or crew member who has consumed alcohol within eight hours of flying, or has a BAC of .04 percent or greater. Violators face imprisonment, fines, and revocation of the pilot’s license.

A horse on the other hand, is not a vehicle. Noel v. Travis.

Justice Eakin penned his famous dissent in Noel v. Travis, where he disagreed with the majority who found that the appellant was in fact not guilty of a DUI after being found riding his horse while intoxicated. Justice Eakin wrote (in part):

Go right to the source and ask the horse
He’ll give you the answer that you’ll endorse.
He’s always on a steady course. Talk to Mr. Ed.

A horse is a horse, of course, of course,
but the Vehicle Code does not divorce
its application from, perforce,
a steed, as my colleagues said.

“It’s not vague” I’ll say until I’m hoarse,
and whether a car, a truck or horse
this law applies with equal force,
and I’d reverse instead.
Because I cannot agree this statute is vague or ambiguous, I respectfully dissent.

If you have been charged with a DUI, BUI, or FUI in the state of Pennsylvania, get help.  The McShane Firm specializes in all kinds of DUI representation.  Call 1.866.McShane today.