DUI are cases are very complex.  Most of the time, the only evidence is the opinion of a bias police officer and a reading from a blood or breath test.  Unfortunately, this opinion evidence coupled with bad technology leads to far too many false DUI arrests.  Here as an excellent editorial on the causes for false DUI arrests: 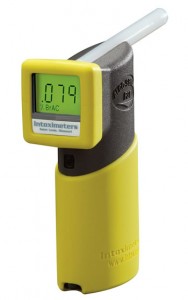 I have noted some of the highlights of the article below:

With Labor Day weekend coming up, Pennsylvania drivers will be facing an increased number of DUI checkpoints and DUI focused patrols. Inevitably, many, many innocent people will be falsely arrested for DUI in PA as a result of the Stay Sober or Get Pulled Over” crackdown.

If you or a loved one is arrested for DUI in Pennsylvania, call 1-866-MCSHANE for a free consultation with the most experienced DUI attorneys in Pennsylvania. Our lines are open 24 hours a day to help and support you.